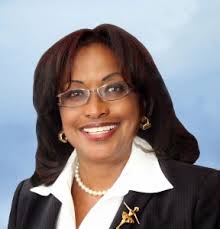 Providenciales, 02 Oct 2014 – The Labour Tribunal will likely set an important precedent when it reveals its ruling in the case of Tropical Auto and Nicola Jentgen; a high profile labour matter as it involves the country’s Deputy Speaker of the House of Assembly, Josephine Connolly.

Jentgen, who is from Jamaica told Manetic Media she did not file the complaint to get her job back… she wants to paid compensation of seven month’s salary and accrued vacation after a sudden termination in January which she believes was motivated by something other than denial of a worker’s permit. In a final submission, attorney for Tropical Auto, Joe Connolly explained that what Jentgen was asking of his company would have been in contravention to the law, and actually exposes that the Immigration Ordinance and the Labour Ordinance clash.

While Miss Jentgen, who represented herself, is under the strong impression that her labour clearance also meant she had legal status in the country, when I checked in at the Labour Department it was explained that a labour clearance does not do that… in fact, I was shown documentation that employers are in writing informed: “You are advised that the issue of a Labour Clearance does not in any way constitute approval to commence employment.” Mr Connolly said Tropical Auto was instructed to find a Belonger to fill the post and with the denial of Jentgen’s work permit, that is what they did. Nicola had been working at Tropical Auto eight years. Presentations on the matter concluded yesterday at the Tribunal.