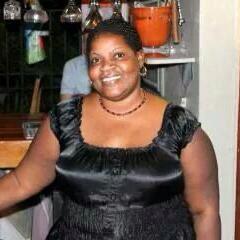 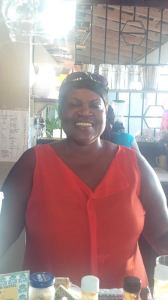 Grand Turk, October 1, 2014 — It was said to be an emotionally horrible scene on Monday morning when 53 year old Annamae Williams was pronounced dead at the Cockburn Town Medical Center in Grand Turk. The woman, described as a sweet part of the Osprey Beach Hotel family and mother of five was said to have severe chest pains, severe headaches and problems breathing before she died, suddenly in hospital.

Moments ago in a phone interview with Magnetic Media, her son, Sonny Williams confirmed that he is still too angry to speak on recording but did share that he is outraged at how his mother was treated at hospital. Sonny said he took Annamae to hospital initially last week Thursday with chest pains and headaches. Sonny said to us, ‘it was like the doctors did not even want to touch her… nothing was done, she was there for about two hours crying and then she was sent home…”

The next day, they returned with Annamae at hospital. This time she was admitted according to Sonny and by Saturday morning he believes his mother was hiding the severity of her illness from the family. We are told they wanted to fly her out for medical care; Sonny said, “they didn’t know how to treat her…”

Fast forward to Monday morning, “she was gasping for air when I got there” this broken sounding son explained. Sonny told me he believes she was there for quite sometime like that and he tried to get her an oxygen mask before he left the hospital. We are told his departure was in a rage, highly emotional about what he felt was poor attention and inadequate care.

A family friend said this son, whom Annamae called ‘her husband’ was an emotional wreck, that ‘he hollar’ at the news of his mother’s sudden passing.

Social media debate is that Annamae died of Dengue Fever. We tried to get confirmation from the Minister of Health, Hon Porsha Smith, whom Magnetic Media had reached out to again since Monday for latest updates and latest initiatives. No reply at all.

Sonny told me, “Dr Grant is the one who told me she died of Dengue Fever.”

Dengue Fever has been spreading fastest of the two mosquito borne illnesses in Turks and Caicos; spreading fastest in Grand Turk according to Environmental Health Director Kenrick Neely at a town hall meeting held in June at CHHS auditorium.