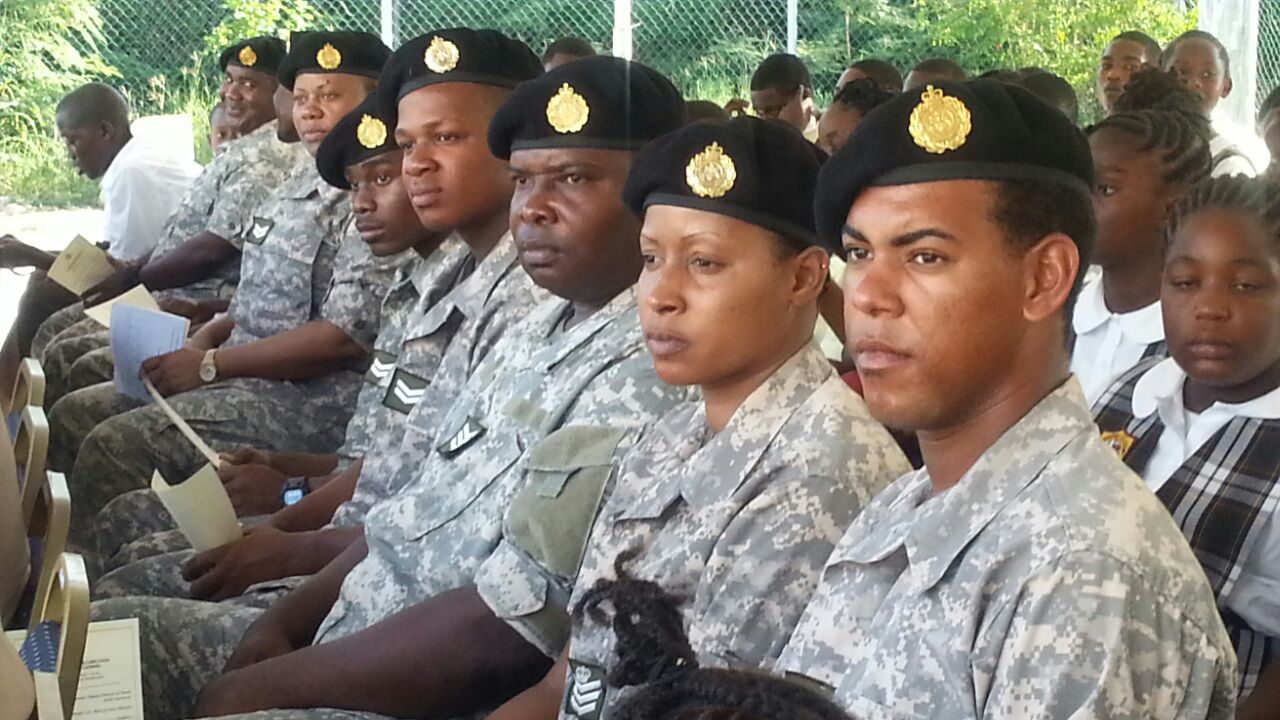 Providenciales, 22 Oct 2014 – Nearly 300 cadets are now activated officially; the first session begins on Thursday at 3:30pm at the Police Canteen, and if you thought these youngsters were unaware of what they want from the program, think again.

In speaking to media following the opening ceremony where Ministers, the Opposition Leader, Premier, Deputy Governor and Governor were all assembled, the youngsters said they want to be more disciplined… that they believe discipline breeds respect… that they want to be more physically fit… they want an attitude adjustment… they are preparing for a career in policing, one desiring to be a part of the FBI and they want to run the drills. In Providenciales, over 180 will make up the cadets… all of the government leaders with brief remarks but congratulating the teenagers, and gushing about the dedication of the Cadet Corps commanders who are all volunteers; 29 in all.

Captain DeCosta Griffiths who trained the cadet corps leaders was presented a special award for his years of dedication to the program which he started at Raymond Gardiner High school in North Caicos, while working as a government school teacher.