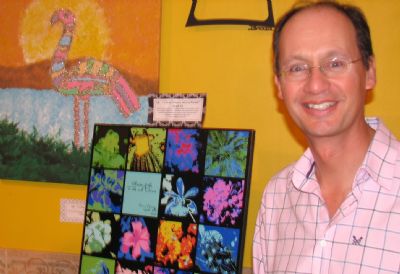 Providenciales, 22 Oct 2014 – Former Governor Richard Tauwhare will reportedly make up the witness pool in the alleged corruption trial against former government ministers. PTV 8 reporting that the man who served as His Excellency during those years of the PNP Administration is being called in to provide evidence in the high profile cases; it was revealed in court Tuesday by lead prosecutor Andrew Mitchell that Tauwhare and current AG Rhonda Lee Knowles will be among those giving evidence.

Over 1000 pages of evidence is said to be provided in the case. Many hold the notion that Tauwhare should have also been charged with alleged malfeasance just as Michael Misick and others have been for that period of government. The challenge with the cases now is whether they will get started at all this year. A litany of issues plaguing proceedings as four attorneys claim they are unable to get paid; one saying he has not seen a cent since January. The pre-trial process was suspended again yesterday and is now pushed back to December 1st by Justice Paul Harrison, who said he believes the current matter at the Privy Council in London needs to run its course.

On Monday, Michael Misick and others charged with misconduct in while in office were granted permission to flesh out their position that they cannot receive a fair trial without a jury. Misick and others say 77 year old Harrison, from Jamaica is not impartial and they contend that it is an infringement on the constitution to have Harrison alone determine their fate. It’s now been five years since Helen Garlick was put on this case; it is reportedly costing tax payers $12 million per year to finance this SIPT investigation and trial. Once started, the trial will reportedly last five months.