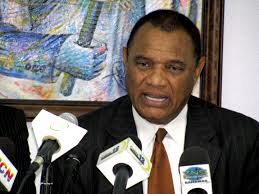 Nassau, Bahamas, 23 Sept 2014 (Bahamas Information Services) – Prime Minister the Rt. Hon. Perry G. Christie travels to New York City this evening along with a ministerial delegation ahead of the United Nations Climate Summit 2014 where he is expected to deliver the country’s statement on climate change to the UN general assembly.

According to a statement released by the UN on its website, Secretary-General Ban Ki-moon has “invited world leaders, from government, finance, business, and civil society to Climate Summit 2014 this 23 September to galvanize and catalyze climate action. He has asked these leaders to bring bold announcements and actions to the Summit that will reduce emissions, strengthen climate resilience, and mobilize political will for a meaningful legal agreement in 2015.” The Prime Minister is expected to address the general assembly on Tuesday morning, 23rd September.

This UN Summit on climate change coincides with the release of The Bahamas National Energy Policy 2013-2033 by the Bahamas government on the 22nd September 2014. This twenty year strategic energy plan seeks to create “a modern, diversified and efficient energy sector, providing Bahamians with affordable energy supplies and long-term energy security towards enhancing international competitiveness and sustainable prosperity.” Also, the government has approved the framework for net metering and the relevant legislation is pending.

While in New York, the Prime Minister and his team of ministers are scheduled to participate in a special call meeting of CARICOM Heads of Government.

The Prime Minister is due back in the capitol on Thursday of this week.