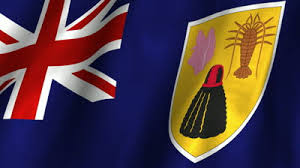 Providenciales – This week the dialogue on those possibilities begin… and the Chairman of that all-important constitutional review commission is convening his first press conference today… Daniel Malcolm Sr, a South Caicos businessman was the seventh and final person named to the constitutional committee… which has as its main mandate to identify ways the 2011 TCI Constitution could be made less ‘regressive’ as it has been dubbed and to lead the exploration of whether independence for The Turks and Caicos Islands is a viable option, now. Mr. Malcolm who served as Chairman on the Constitutional Modernisation Reform Body, presented on Decolonization at the United Nations and is a former leader of the Progressive National Party. He was unanimously supported by the house of Assembly; his name submitted by the Premier. Other members of this bi-partisan committee: from the PNP side, Hon Don Hue Gardiner, Border Control Minister and Member from North and Middle Caicos; Hon Akierra Missick who is Deputy Premier with Education, Youth, Sports and Library Services in her portfolio as the member from Long Bay and Leeward; and Carlos Simons, Deputy Leader of the PNP and all island candidate in the last general elections – all are attorneys by profession. For the Official Opposition, PDM: Leader Sharlene Robinson, first All Island member and a lawyer; North and Middle Caicos Caretaker, Ashwood Forbes, also an attorney and party Deputy Leader and Five Cays member, Sean Astwood, a businessman and Chamber of Commerce Vice President. Mr Malcolm in a media invite said the committee will hold a first meeting this Friday, in Grand Turk.