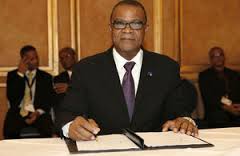 Providenciales- The quarterly financial statement from TCIG revealing that the strong performance is due mainly to record savings in Government and a significant boost in tourist revenues. Expenditure is down by six percent and the operating surplus put at $30.8 million.

Finance Minister Washington Misick cautious and saying: “We cannot become complacent, as these revenues are subject to external factors, such as weather, although the second quarter should continue this positive trend.” The report for April, May and June named the revenues collected from the Hotel and Restaurant Tax as the second highest revenue generator increasing by four million dollars, from $11.4 million last year the same quarter to just over $15 milion for the same period this year.

Government debt up to end of June revealed as $205.2 million, this includes the $179 million UK guaranteed loan.