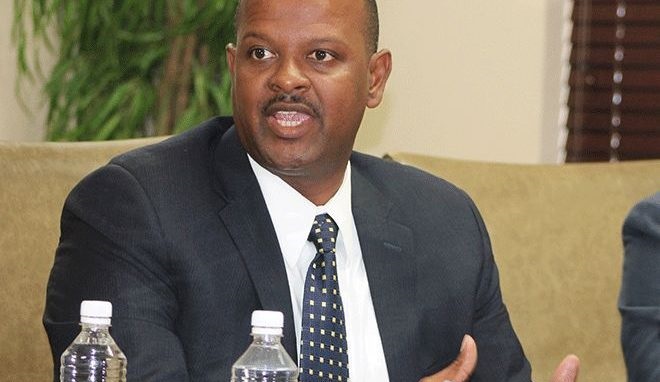 #TurksandCaicosIslands – December 23, 2020 – It has been 33 years since the last National Physical Development Plan was produced and presented to the people of the Turks and Caicos Islands, informed  Sean Astwood, TCI Deputy Premier and Minister of Infrastructure in the House of Assembly on December 21.

The final report is now received.

“Mr. Speaker, The NPDP final Draft report was submitted to the Department of Planning on November 30, 2020,” said the Minister in his ministerial report in parliament.

An outline of the objectives was a punctuating part of the presentation, which also gave the chronology of physical development plans for Turks and Caicos.  The new plan, which government initially received in the latter part of 2019 will, according to Astwood, “promote and encourage sustained physical, economic and social development while at the same time protecting and enhancing the natural environment which forms the basis for sustaining local livelihood in the islands and attracting foreign investment.”

• To secure that physical development occurs in a sustainable manner that protects the environment and ensuring an equitable share of natural resources are protected for future generations.

• To strengthen inter-sector co-ordination of the country’s overall development within a spatial framework and ensuring a balanced mix of land uses, as well as the use of natural resources in an environmentally responsible manner.

• To encourage a more balance development among the islands and bring about a more equitable distribution of the benefits from development.

“Now more than ever, the Turks and Caicos Islands needs an updated, forward-thinking, culturally focused National Plan … A series of recommendations and strategies are included in the plan. They focus on five key themes: (1) Equity: Empowering ALL People of the Turks and Caicos; (2) Resilience, Sustainability, and Multifunctionality: Promoting Economic and Environmental Diversity; (3) Island linkage: Creating Physical, Psychological and Emotional connections across the entire Country; (4) Nature as Beauty: Protecting the Environmental Jewel; and (5) TCI Culture: Preserving the Heritage and Authenticity of TCI.”

A series of rounds of town meetings were held related to the National Physical Development Plan and its ten-year outlook; the Minister told the House of Assembly, the next step is to implement the strategies towards a brighter future that will ensure the Country’s prosperity for many years.”