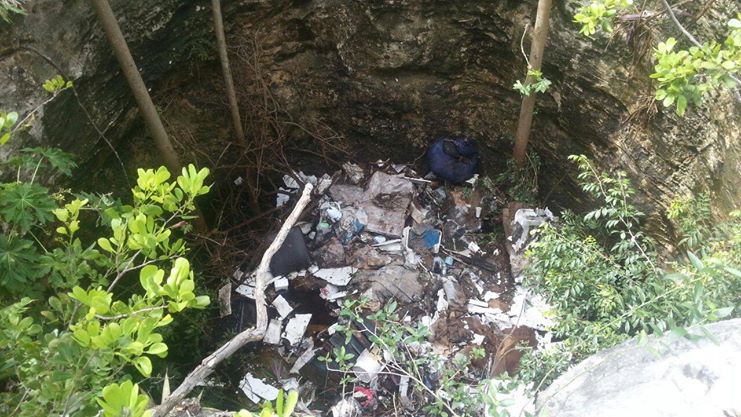 This apparent sink hole is in the street, and one resident explained it is getting larger and larger… particularly scary as the roadway is the sole exit for that area on Gypsum Street; cars traversing it daily. The fear is the hole is bigger than meets the eye and could cave in at any time.

Already authorities are investigating a complaint for the subdivision in North West Providenciales, where three apparent sink holes appeared in a home owner’s yard.