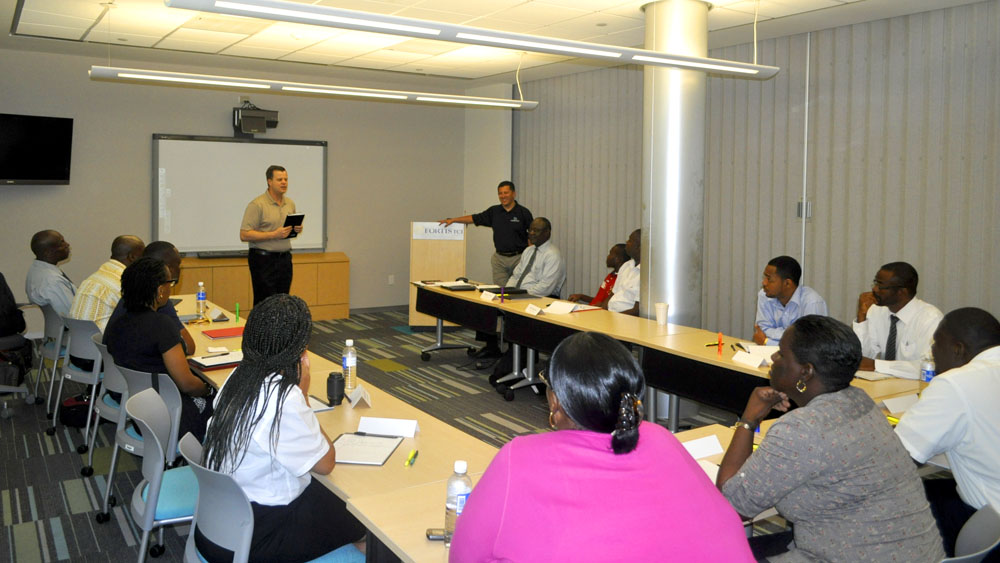 John Pears, the lead instructor for the course said, “AGA has a long history with the UK Overseas Territories, having been contracted to provide aviation and maritime security advice to Governor’s, Directors of Civil Aviation and air and sea port personnel from 1998 – 2012.”

He further stated that “during this time both this course and the training for trainers course which will be conducted next week, were delivered annually although this is the first time that they are being delivered in the Turks and Caicos Islands.”

In a statement, Lindamae Malcolm, TCIAA Security Manager said “the Airports Authority prides itself as an organization that offers its employees the opportunity for progressive training in their respective fields to ensure they are equipped with the key skills necessary to operate in a challenging environment.”

She added, “we recognize the importance of continuous staff training, especially for those individuals engaged in exercising security controls.” The Airports Authority has an obligation to meet international standards, and training plays an important role in the process. Not only is the organization promoting security, but the traveling public can take comfort that their safety is not being taken for granted.

On the part of the Security Officers being trained, it presents them with a unique opportunity to both acquire new skill and enhance the current one in the rapidly expanding aviation industry. Lindamae concluded that “the aviation security field is now a highly sought after career option.”

John Pears, a veteran security expert, will be assisted by Omar Bolivar, both of whom bring several years of experience to the classroom. The training is being conducted at the FORTIS conference facility on Leeward Highway.