#TurksandCaicos, November 21, 2022 – Extreme weather events are blamed for the ridiculous prices on lettuce and the bizarre signs restaurants and grocery stores are forced to post for public information, as shelves are either scant, stocks are non-existent or the costs astronomical for that lovable, leafy lettuce.

The shortage of lettuce in North America is impacting regional countries as consumers report  rocketing prices, in some cases $10 above the norm.

A drought is blamed for the supply issues which have caused restaurants to exclude salads from the menu, charge more for the item or in the case of grocery stores, sell what they can get in… but the toll is staggering all around.

A three pack of romaine lettuce in the Turks and Caicos Islands has soared to over $17, while ice berg lettuce is just over $9 at one food store.  Residents, sharing their shock with Magnetic Media, say they are confused by the high prices. However, prices everywhere have tripled. 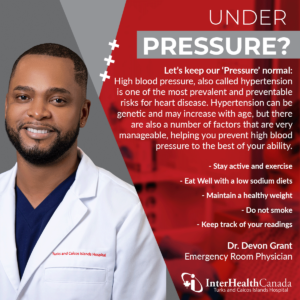 There have been several poultry shortages announced in North America and the Caribbean this year from as far back as February and again in June.

According to Bloomberg in a June report more families are reaching for chicken thanks to inflation pushing up the price of red meat.

Since then, the 2022 bird flu outbreak, the largest on record for Europe, has decimated poultry farms in the EU, UK and US resulting in mass killings of the birds in an effort to stop the spread. Over 90 million animals were killed across the globe in what the European Food Safety Authority (EFSA) described as an “unprecedented” number of summer cases resulting in millions of infections where there used to be little to none.

On the other hand, Farmers in California’s Salinas Valley are struggling with little rain and several viruses which include spot virus.

Mark Pisoni, a farmer in the region West Farm Press, “It was a disaster as we wrapped up the year— I’ve seen 20-acre fields without a single head of lettuce harvested.”

The high lettuce prices affecting not just the TCI but the US and Canada are fueled by the drought and crop disease in California.

According to a report from CBC news, some Canadian restaurants are pulling lettuce dishes from the menu completely because they simply can’t make a profit. Prices there have reached  $10 or $7.45 USD.  Australians also complained about paying up to $8.55, a significant increase from their lettuce prices before.

Fortunately those prices are expected to ease in December as more of the crop is harvested.

TCI Police get another approval; a Mobile Police Station is coming