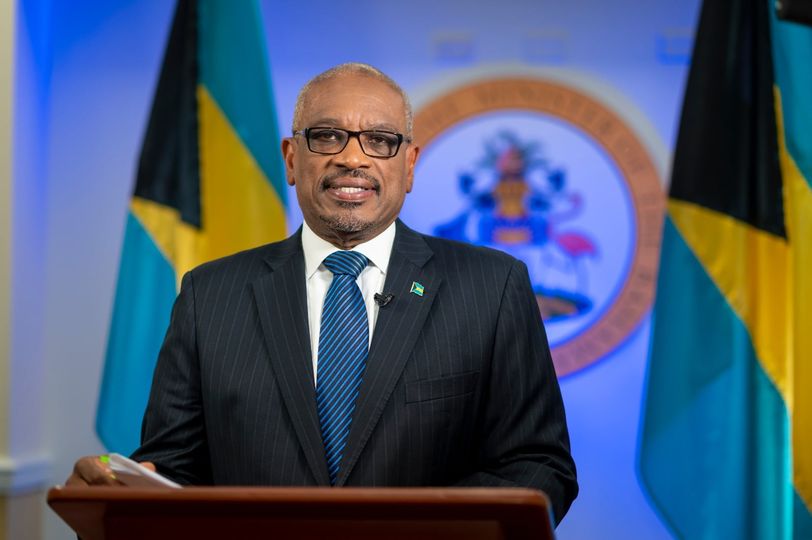 #TheCaribbean, July 7, 2021 – This morning, we awoke to the very sad and disturbing news of the death of Jovenel Moise, the President of the Republic of Haiti, who was killed at his residence at about 1:00 am today, Wednesday 7 July 2021. A statement by Prime Minister Dr. Claude Joseph released this morning confirmed the assassination of President Moise and that the President’s wife, First Lady Moise, was also seriously injured. The Government of The Bahamas is deeply saddened by these developments and strongly condemns the actions of the perpetrators. We offer our deepest condolences to the Government and the people of Haiti. The Heads of Government of CARICOM at its 42nd meeting, which concluded on 6 July 2021, discussed the ongoing situation in Haiti and offered its assistance in finding a peaceful resolution to the political crises. I have been in contact with the Honourable Gaston Browne, Prime Minister of Antigua and Barbuda, Chairman of the Conference of Heads of Government of the Caribbean Community. The Ministry of Foreign Affairs remains in contact with our Embassy in Haiti. All staff are safe. The Embassy is monitoring the situation. We pray for the people of Haiti and for a peaceful resolution to the political crises.

“I have met and spoken with President Moise many times and in all my interactions with him, particularly within the context of CARICOM, I found him to be a man committed to seeing Haiti take her place in the world. This heinous act is a stain on Haiti and a sorrowful time for the region.”

“The assassination of President Moise of Haiti is an atrocious act which Barbados vehemently condemns. Violence can never be a solution, and must be rejected in all circumstances.”

“The late President was mired in a debate as to whether his term ended months ago, or continues until early next year. This uncertainty, as well as, the presence of armed gangs determined to claim control over parts of Port au Prince, the capital, made governance extremely complex and dangerous.

All of CARICOM feel the pain which has been inflicted on Haiti by this killing.”

“I am shocked and saddened at the death of President Moise,” Johnson said after Haiti’s interim prime minister announced the president had been shot dead by in his home by unidentified attackers.

“Our condolences are with his family and the people of Haiti. This is an abhorrent act and I call for calm at this time.”

“We’re deeply shocked & grieved by the assassination of President Moise & the wounding of the first lady.  The government & people of Taiwan condemn such senseless violence & stand in solidarity with Haiti at this difficult time.

UN Secretary-General António Guterres has condemned the incident in the strongest terms, according to a statement issued.  The Secretary-General calls on all Haitians to preserve the constitutional order, remain united in the face of this abhorrent act and reject all violence.”

French Foreign Minister Jean Yves Le Drian has condemned the “cowardly assassination” of Haitian President Jovenel Moise at his private residence and appealed for calm. “All light must be cast on this crime that took place in a deteriorating political and security climate. I call on all actors in Haitian political life for calm and restraint.”

“It is absolutely unacceptable and not something anyone wants to see anywhere in the world. Canada has been and will continue to be a close friend to the Haitian people.”

“We condemn this heinous attack and I am sending my sincere wishes for First Lady Moise’s recovery,” Biden said in a statement. “The United States offers condolences to the people of Haiti and we stand ready to assist as we continue to work for a safe and secure Haiti.”

“We need a lot more information but it’s just, it’s very worrisome about the state of Haiti.”

Joe Biden, President of the United States of America

“On behalf of the Government and People of Saint Lucia, I convey our deepest sympathies to Haiti. We condemn the heinous assassination of President Jovenel Möise and all acts of violence. We pray for stability and peace as the Region mourns his passing.”

“It is with profound sadness that the government and people of Saint Vincent and the Grenadines learnt of the assassination of Jovenel Moïse of the Republic of Haiti, a member-state of our Caribbean Community (CARICOM).  This senseless and cowardly act of unbridled violence has shocked and outraged many throughout the Caribbean Community and the world. In our Caribbean Community we settle political differences peacefully through democratic institutions; we do not use violence and thuggery which undermine democracy and the rule of law.”

Ralph Gonsalves Prime Minister of St. Vincent and the Grenadines

“The Turks and Caicos Islands Government was saddened to learn of the news of the death of President of Haiti, Jovenel Moïse this morning. There are no words to describe or justify such an abhorrent act.

On behalf of the Turks and Caicos Islands Government and the people of the TCI, I extend sincere condolences to the Moïse family, to the Haitian Government, the people of Haiti and the Haitian diaspora in the TCI. Our hearts go out to you in your time of mourning.

To President Moïse’s wife, First Lady Mrs. Martine Moïse, our thoughts and prayers are with you as mourn and as you recover from this horrific incident.

My Government have been briefed on the situation in Haiti and will continue to monitor the latest developments. Our National Security Council will be engaging with internal stakeholders to discuss possible implications for the Turks and Caicos Islands and other territories in the region.

My prayer is that the perpetrators are found and held accountable for their malicious actions and that peaceful resolve and good order can arise from such a horrible tragedy.”

Washington Misick – Premier of the Turks and Caicos Islands

Assassinated: Haitian President Jovenel Moïse cut down by mercenaries in his prime