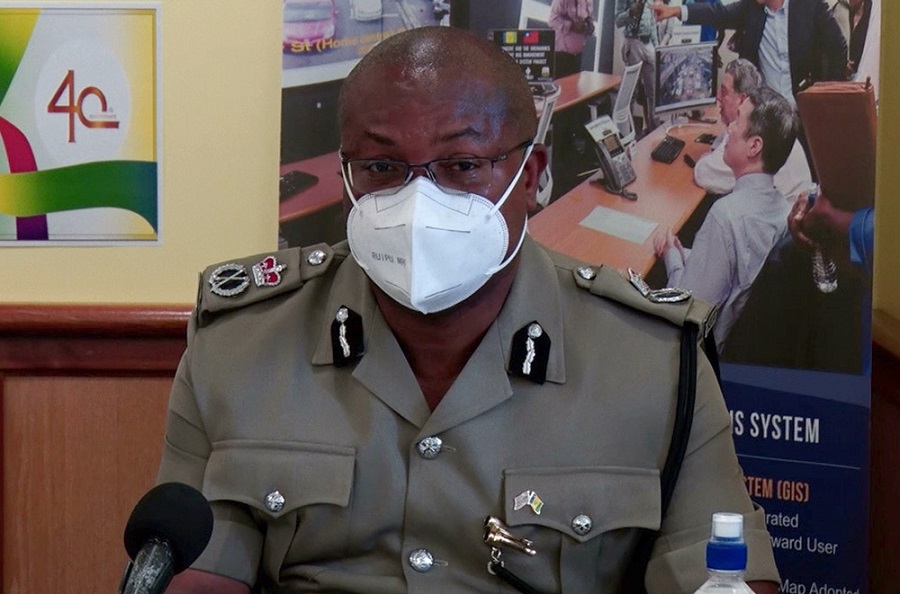 #St.Vincent&theGrenadines, June 9, 2021 – Minister of Finance, Economic Planning and Information Technology, the Hon. Camillo Gonsalves has received a certificate from the Embassy of the Republic of China (Taiwan) signifying the completion of the 1st phase of the Closed Circuit Television (CCTV) project.

Disclosing that Taiwan has assisted this country in modernizing and outfitting a monitoring station at the Questelles Police Station with cameras and equipment that are operational for 24 hours, Minister Gonsalves highlighted Taiwan’s continued contribution and expressed his appreciation to the government and people of the Republic of China (Taiwan) on this gesture. Work on the 2nd phase of the project which is the Intelligent Bus Management and monitoring system has started and is expected to intensify.

The Technology Minister added that Taiwanese associates in collaboration with the Commissioner of Police installed CCTV cameras at various locations across Saint Vincent to ensure general safety. He further noted that there are currently eighty-eight (88) cameras in Kingstown, twenty-six (26) along the Leeward coast and fifty-eight (58) on the Windward coast.

Addressing the presentation ceremony Ambassador Ho thanked Minister Gonsalves and Police Commissioner John for the support rendered to this project over the years.

In his remarks, Commissioner of Police, Colin John, echoed the benefits of the Intelligent Bus Management and Monitoring project. He said the Police Force welcomes the initiative and thanked the Government and people of Taiwan for their efforts. Furthermore, Commissioner John said that the initiative can assist in enhancing the transportation system, aid in time management, and provide a more equipped system to monitor and more effectively regulate the traffic.

The Commissioner hailed the CCTV program as an initiative that is helpful to the Police force in the detection and prosecution of criminals; noting that it would also act as a deterrent for criminal activities. Commissioner John thanked the Republic of China (Taiwan) for its efforts and gave the assurance that the system would be successfully and “efficiently run and managed.”

Additionally, stressing the level of support Taiwan has given Commissioner John said that many police officers have undergone significant training from Taiwan, particularly through the police apprentice program sponsored by the Taiwanese Government.

Saint Vincent and the Grenadines and the Republic of China (Taiwan) is this year celebrating 40 years of diplomatic ties and friendship.