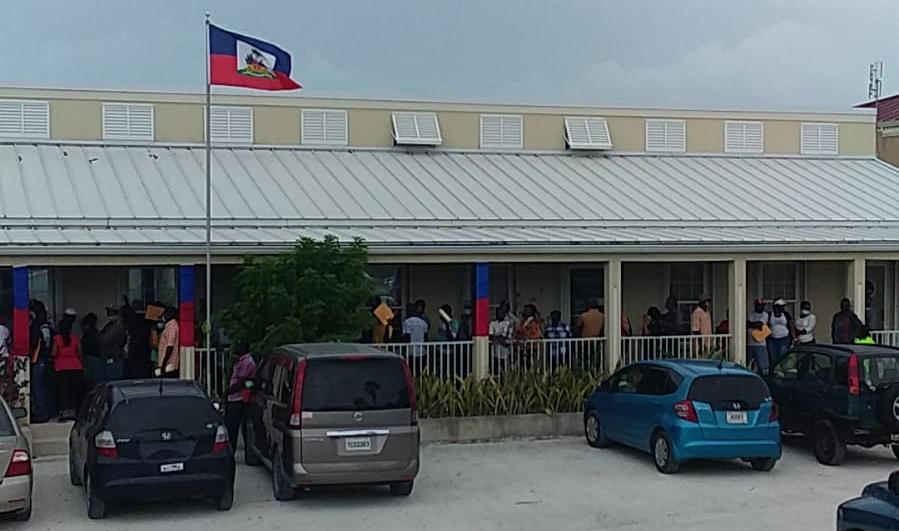 #TurksandCaicos, May 19, 2021 – The throngs of Haitians lined up outside the Republic of Haiti’s Consulate office on Leeward Highway in Providenciales has nothing to do with yesterday’s Haitian flag day and everything to do with a progressive move to digital governance in their home country. Haiti, since late last year announced there would be a new national ID.

That ID would be used for everything a Haitian might need to do, whether living on the island or living abroad. From travel, banking or access to national services and the right to vote in general elections, the card, is for every Haitian, anywhere in the world and in recent days, the application process for the diaspora was rolled out.

So far, a reported five million Haitians have gotten the card and at the Consular office in Providenciales scores lining up, parking precarious places along the highway and waiting their turn to register for the card which will not only be applied for in the TCI, but created and distributed within the Turks and Caicos Islands.

The card features photo, a unique number and biometrics. It is expected the level of fraud regarding official Haitian documents will decrease with the card and it is anticipated the engagement of Haitians outside of the country will surge, particularly important on voting day.

Additionally, if ever there was a time, Turks and Caicos wanted to get a firm figure on how many Haitians are resident in these islands, this new national card by the Haitian government being distributed in TCI paves the way to finding out.