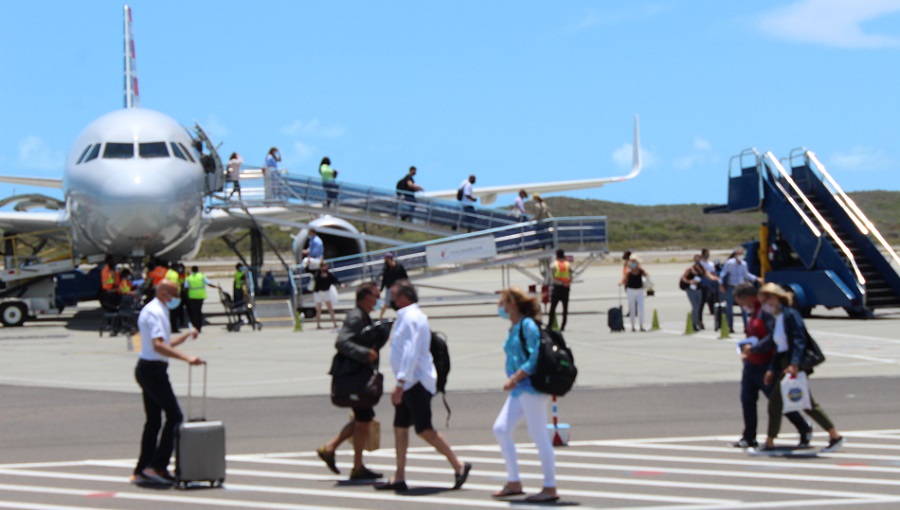 It has long been stated the classification for the Turks and Caicos is too harsh and today, with active cases down to three and hospitalisations at three, it makes one wonder what it takes to be considered a safe destination, from the CDC’s vantage point.

TCI Ministry of Health data reveals that from the start of May to now, only 13 positives for Covid-19 have been found out of 1,159, gold standard PCR tests performed by the National Public Health Laboratory.

The Minister of Health has informed that the infection rate is below the three per cent threshold and even lower when the antigen tests are factored in.

In roughly 18 days, which is from start of the month to now, there have been 15,434 antigen tests performed; this is largely of guests to the Turks and Caicos and carried out by any one of 15 authorised testing centers which includes some resorts.

Yet new infections remained low at 13.

Aside from a new Covid-19 case in South Caicos, captured on yesterday’s dashboard, all virus patients had been restricted to the most populated island of Providenciales, which started the month at 26 and is now down to two.

Deaths have thankfully remained at 17 and when it comes to the uptake of the vaccine; the jump in seven days was 1,583 when you compare the May 2nd and May 9th vaccination dashboards.  This put the Turks and Caicos a mere 5,485 people off the goal of 70 per cent or 25,000 adults (fully) vaccinated in order to achieve the so called, ‘herd immunity’.

The Level 4 travel warning is hurtful to tourism, the #1 industry; there have been cancellations and concerns about the safety of the destination.

When former Premier, Sharlene Robinson announced on January 12, 2021 the country had returned to the CDC’s Level 4 high-risk-list; the Turks and Caicos was experiencing a surge in new cases and fresh outbreaks in the islands.  Active cases were 185, with double digit growth almost daily.

At the start of his journey in February as the minster for health, Hon E Jay Saunders, Deputy Premier of the TCI said the goal would be to increase testing, increase vaccinations and hopefully see a lower infection rate due to the various restrictions and protocols in place.

It appears the goals are met and being met, yet the Turks and Caicos – with the dramatic changes, sees no change, at least not yet.