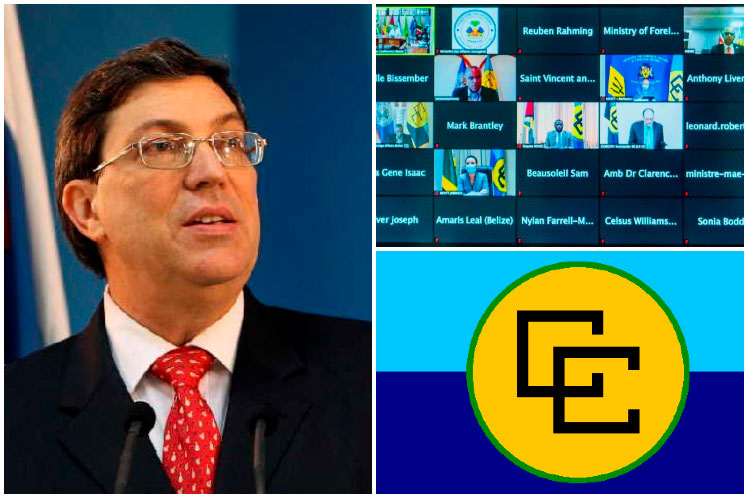 #Havana, Cuba, May 12, 2021 (Prensa Latina) – Foreign Minister Bruno Rodriguez on Saturday thanked the Caribbean Community (CARICOM) for its solidarity and support against the United States economic blockade against Cuba. In a message on his Twitter account, the head of Cuban diplomacy welcomed the demand made by the CARICOM foreign ministers for an end to Washington’s pressures. ‘This extraterritorial policy affects third countries and is the main obstacle to our development,’ Rodriguez tweeted.

At a virtual meeting of the Council for Foreign and Community Relations (COFCOR), the CARICOM foreign ministers expressed their ‘ongoing concern that the US embargo (blockade) against Cuba will have a significant adverse impact on the socioeconomic development of Cuba and the wellbeing of the Cuban people,’ according to the final declaration.

The ministers also repeated CARICOM’s support for the lifting of the US long-standing economic, financial and commercial blockade, and agreed to continue advocating for its elimination.