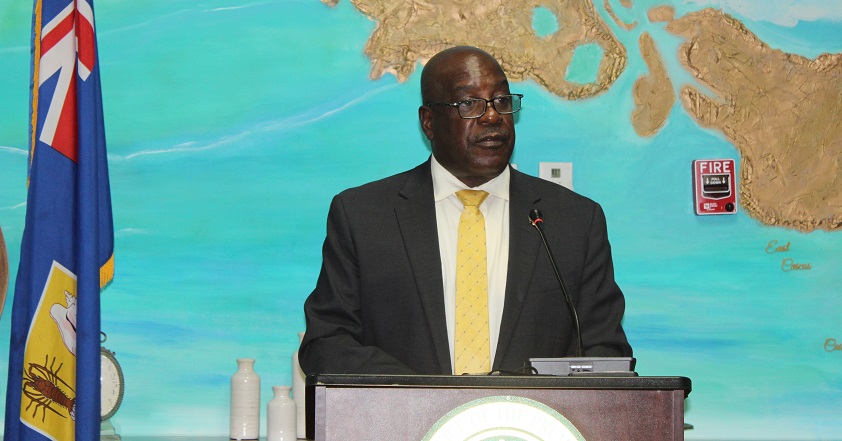 #TurksandCaicos, May 17, 2021 – The radar surveillance of Providenciales is about to be three times stronger; Hon Arlington Musgrove, Minister of Immigration and Border Services announced that not only are two more radar stations commissioned for construction but work is hoped to begin in three months.

“We approved the purchase and installation of two additional radar sites to supplement the current facilities to eliminate the blind spots and to aide in early detection of these vessels.  I must compliment the radar team in the successful detection of illegal vessels in the past week and their aggressive approach in capturing these illegal immigrants, said Minister Musgrove in his ‘under 100-days report’ to the nation, a press conference held today at the Office of the Premier.

The new PNP Administration has budgeted $2.1 million for both radars; $800,000 said Minister Musgrove was pulled from the country’s Forfeiture Fund to secure full financing.  The Minister explained the radar project was on the drawing board, but he took it off the waiting block and activated the contracts to set the wheels in motion for work to start in a planned 90-days from now.

“We have one in Long Bay, in the Heaving Down Rock area and the other will be based in North West point.  As you know these are two of the most vulnerable areas and I think the ‘guys’ are getting smarter so they tend to track in those areas to avoid the radar.”

An illegal invasion is how the Minister described the onslaught of Haitian sloops, bogged down with migrants trying to flee the wretched, politically motivated uprisings in Haiti.

“Since the commencement of the financial year 2021-2022, 726 illegal immigrants have been processed and repatriated to their homeland; this includes 681 from Haitian vessels.”

There are currently 10 illegal migrants at the South Dock Road detention center revealed the Minister, and to support efforts on the sea and efforts on shore there is a 40-marine TCI Regiment being staffed and seven new Border Force officers already hired to augment the current land-based team.

It was also revealed by Minister Musgrove that an operation in the twin islands of North and Middle Caicos resulted in the arrest of 13 illegal residents.

“We will provide continuous resources to strictly enforce laws especially in human sanctuary cities to ensure that only persons with legal right can abide.  I am sending a clear message today to the general public that my government will show no mercy to anyone hiring illegal immigrations or their involvement in this criminal offence.”

So far this fiscal year, thirty-six individuals have been prosecuted in relation to illegal migration. 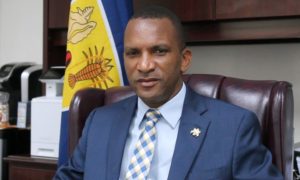