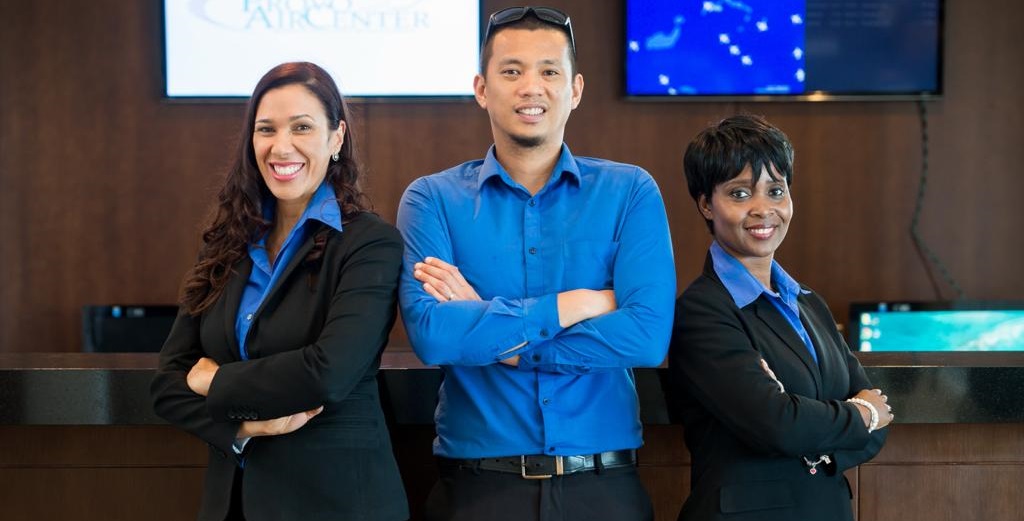 #TurksandCaicos, April 5, 2021 – Air travel suffered, but not as much among private jetsetters as was the case in the commercial industry.  In a pandemic year, where a new virus emerged and managed to ground travel and tourism, Provo Air Center in Providenciales, Turks and Caicos held a leading position and improved upon service delivery.

In the annual rating of Aviation International News, Provo Air Center, the country’s longest running Fixed-Based Operator or private airport maintained its No. 1 spot for the Caribbean region; earning what could be equated to well above four stars out of a possible five.

Provo Air Center earned 4.37 points in the survey, which published the results on April 1, 2021.

Debbie Aharon, CEO of Provo Air Center attributes the fourth consecutive win to her team.  “We basically had to reinvent our business and redefine what luxury means in today’s environment; I am proud of my fabulous staff.  They did it!”

Global business for FBO’s plummeted some 65 per cent in 2020, according to industry data provider JetNet, when compared to 2019.

“Putting 2020 in context, the last time FBOs suffered through similar declines was during the Great Recession [2008-2010] when it took about six years to recover back to where we were at the 2007 peak,” said Mark Chambers, managing partner for industry consultant Aviation Resource Group International (ARGI).

The industry suffered even greater losses when it came to fuel earnings; 67 per cent and though travel for corporate executives was down, pleasure seekers and first timers to the private air field peaked and since December growth has been commendable; steady.

“The current recovery from 2020 looks different in our industry since the benefits of private travel are being spotlighted and shifting more passengers from airline terminals to FBOs,” Chambers told AIN. “This has heightened the interest on the buy side.”

“It is not enough to specialize in just one or two categories, as some locations that earned the highest overall score in a category did not place in the top 10 percent of FBOs in this year’s survey. To reach the top rungs, a location must excel in all five categories.”

Provo Air Center earned 4.37, improving by .16 points; in second place was Odyssey Aviation in Nassau, The Bahamas with 4.36; Jet Nassau, Nassau, The Bahamas 4.08 placed third and fourth was listed as TLC Aviation, St Maarten with 3.68 out of a possible five.