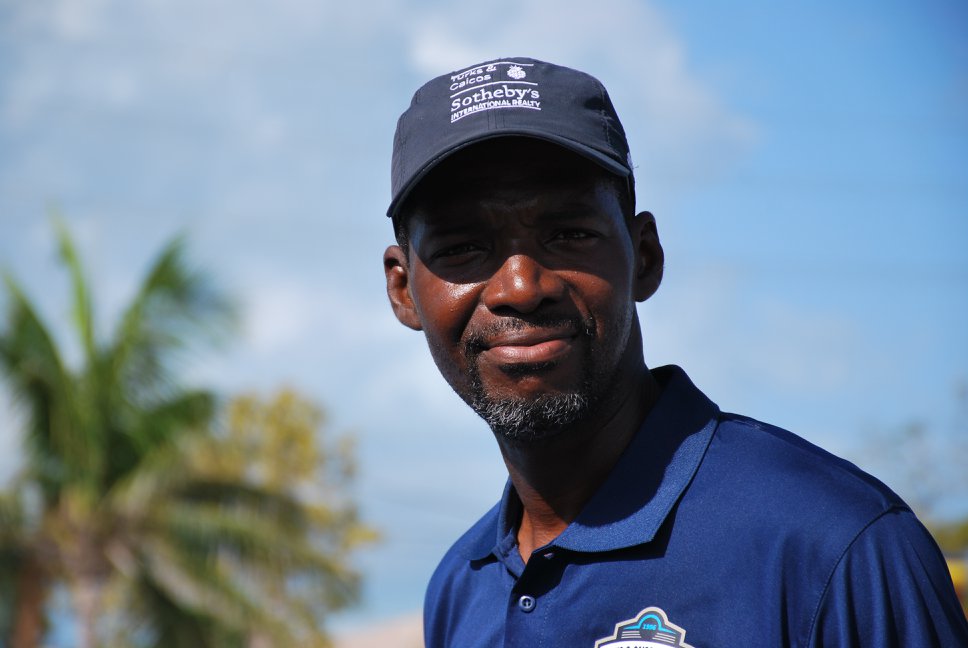 #TurksandCaicos, March 8, 2021 – Spanx, now a billion dollar company was launched with just $5,000 of personal savings and family support to a then 27-year old Sara Blakely.

The Ritz-Carlton brand, which we are soon to see officially labelling a new luxury hotel on Grace Bay was started in the 1920s with just under $6 million; now the franchise has 30,000 resort rooms all over the world.

So far be it from possible to think $11 million dollars in capital couldn’t revolutionise the lives of ordinary Turks and Caicos Islanders.

Here is the man who dares us all to dream bigger, instead of flushing a free gift down the consumer toilet.

Benneth Williams is known as a hard-working man who wears a number of caps which lead him to lend to the development of children, protection of the environment, healthier living and cultural appreciation.

“My father’s name is Arthur Williams and my mother’s name is Winefred McIntosh.  I’m from Providenciales, Turks and Caicos Islands.  I was brought up in the Bight, Providenciales.  I went to school in South Caicos,” said Williams when we asked him to tell us who he is.

The husband and father goes on to speak about the family he has now built and his personal passions including in sports and environmental sustainability.

Eventually he gets to the meat of the matter, that the money Government is giving in a cash stimulus could become the gift that keeps on giving.

This story started with Benneth Williams sending to me advice on what to do and what not to do once I received the government-granted $1,000 cash stimulus, as a relief to economic hardships brought on by the Coronavirus Pandemic.

“Create a budget; address essential needs; add to a personal emergency fund; pay down on debt; help your local community; open a high-yield savings account; invest in yourself and improve your skills; donate to those in need…just my two cents,” said Mr. Williams on March 2, 2021 in a WhatsApp message.

Williams is a man of many opinions and many ideas about what it takes for Turks and Caicos to be better.  He put those thoughts to action, when he offered in the 2016 general elections.  He was not successful in the bid, but this advocate is not silenced.

Williams sees the cash grant as a not-to-be-wasted opportunity for financial security of islanders.

The Progressive National Party ran an election campaign which promised residents that a substantial payout of cash was what the effect of the pandemic demanded and what the people of the islands required.

Seven days after taking office, the announcement of a $1,000 hassle-free cash stimulus to all Turks and Caicos Islanders and all British Overseas Territory Citizens (resident in TCI 12-months) came.  Two days later the registration portal was opened and two days after that, residents began receiving e-mail messages that they had been approved for the money.

“People should really consider this money and see what we can do with this money, because you don’t have the money now and you’re still living so maybe use it for something bigger.”

Benneth and Shauna, his wife have been married for 22-years and have three children.

One son wants to attend what Mr. Williams called, “an expensive football school…” and as parents of the talented athlete, they want to give him the best possible education and experience they can.  Williams said a national coming together of this kind would make that lofty dream more of a reality for Turks and Caicos families.

“This is $11 million dollars and if you give it to me and with my $1,000 I go ahead and invest it, then five years from now what really is my investment going to be? Not much.  But I think if collectively we put that money together and decide that we are going to invest it into something that is tangible and unique to the Turks and Caicos Islands we can see something that our children can say, this is the sacrifice our parents made and this is the reward I am getting right now from their investment, that they did 10 years or 15 years ago.”

Key ideas coming from the swimming and football coach were for a re-boot of a Turks and Caicos bank or a 100% Turks and Caicos Islander owned hotel, in the northwestern end of Providenciales.

“How about that?  Banking with your own bank.  Doing business with your own bank.  Make your money, make money for you.  Or what about a hotel down in Northwest Point?  Nothing much is up there, but there is a hotel in that area raking in millions of dollars.  Why not, we do the same thing!  Villas are making money, private villas are making money and that is the same thing in northwest point.  Let us invest in something that is tangible, that we can have somebody run it and all I am looking at is the bottom line so that I can get the return on my investment.  Something I can use to send my kids to school, I can use to make other investments, I can help my daughter with swimming lessons, help my kid in going to the school he really wants to.”

Williams said so many islanders have to face an often heart-breaking reality when they are unable to provide for their families in more meaningful ways.

Williams said the stifling feeling of lack can all be a thing of the past if recipients of the free-cash were to merge the money for this cause of greater financial security.

“We don’t own anything in Grace Bay and that can all change.  It’s just my thought, maybe we could invest the money versus all of us going to pay a company that is already raking in millions of dollars to take yourself out of a hole only to still be in indebt years from now.”

The message of Mr. Williams is not a unique one, though at this time it grabs special attention.

Economic empowerment for Turks and Caicos Islanders is often touted by politicians, preachers, corporate and civic leaders and the layman, but unlike any other time in history, the Government has been given the green light to distribute funds to help and indigenous islanders and those funds could wisely be used to build a revenue generating future.

“We can all sell this destination for ourselves but we have to do it collectively, together and that is all I’m saying.”