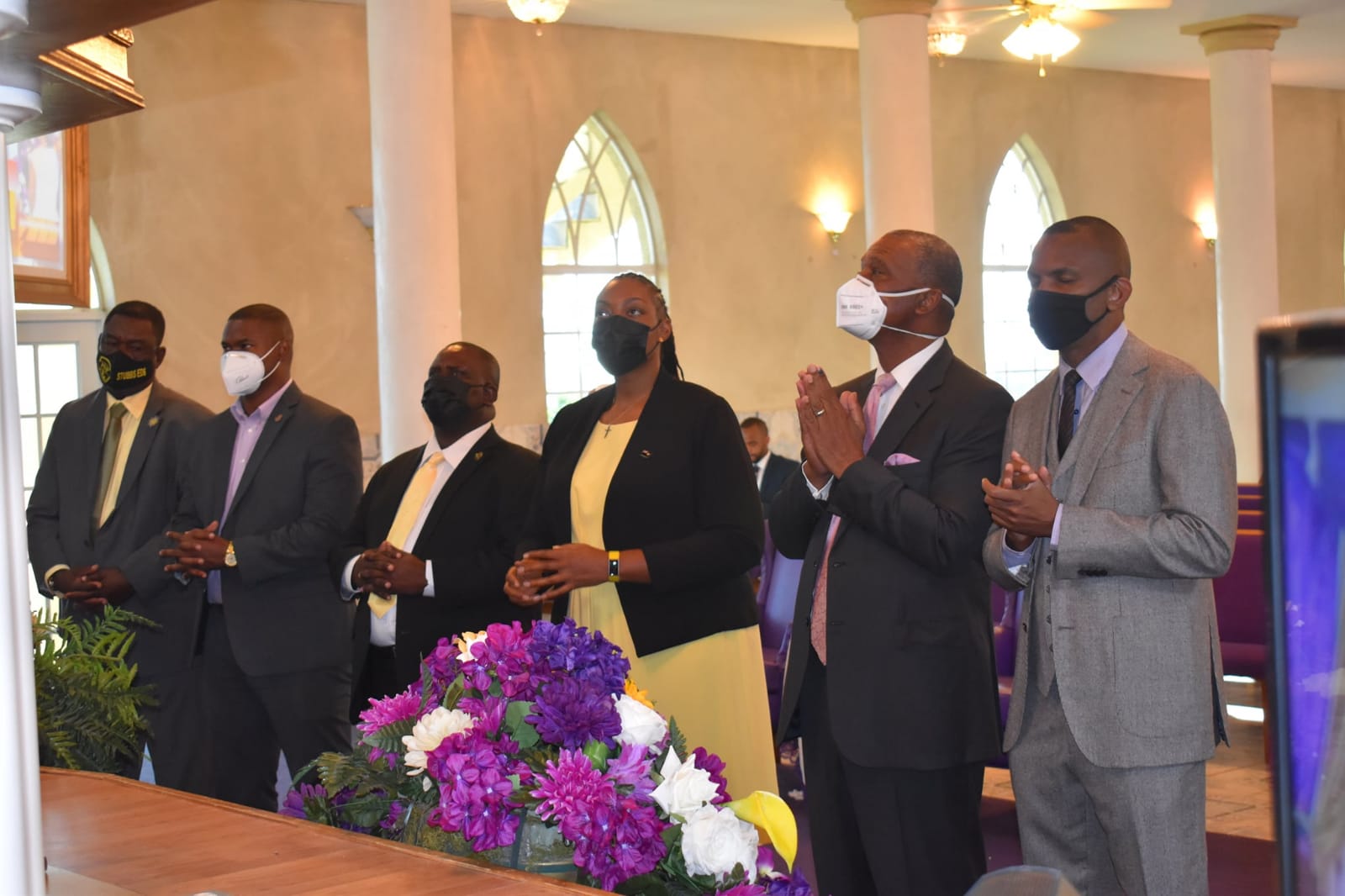 #TurksandCaicos, February 22, 2021 – The avalanche styled defeat for the ejected People’s Democratic Movement (PDM) is more than an indictment on the party’s performance as government, it is also an incredible charge issued by the Voters of the territory to the now governing, Progressive National Party (PNP).  This fact is not lost on Washington Misick, the new premier of the Turks and Caicos Islands who told the Governor he must get to work quickly.

“We did expect a comfortable majority, but didn’t expect to have such a sweep.  It also places a tremendous responsibility upon us.  Cleary, the public is going to be expecting a lot very fast, so we look forward to working with you to give you a sense of where are heads are and how we can collaborate together so that we can deliver an efficient service for the people of our Turks and Caicos Islands,” said Washington Misick while sat in the board room of the Governor’s Office in receipt in his instruments of appointment; he was joined by his wife Delthia, new first lady of the islands.

The Governor and Deputy Governor agreed with his sentiments, plegding support for the democratic mandate given the PNP as the new government administration.

“On behalf of the Civil Service of the Turks and Caicos Islands, we commit to work with you and your government to ensure that you are able to deliver on your objectives for the betterment of the people of these islands. Your election has come at a critical time in our islands as we continue to fight the Covid-19 pandemic here in the islands and also as we work towards a complete re-imagination of our economy.  So clearly, there is a lot of work that has to be done and my staff are willing, ready and able as you would know – you have worked with them in the past – to assist you and your government,” said Anya Williams, Deputy Governor and head of the Civil Service.

Minutes before, the chant in a different room, the great room at Progress House, the PNP’s headquarters in Providenciales was both a clever and clear and brought comedy to an already elated environment.

The slick saying taking root in a salute to the 14 Progressive National Party candidates elected to serve; only one seat not captured by the PNP in the General Election of Friday February 19, 2021.

The landslide win is resounding assurance that voters have given the PNP four years in governance and the cue for the fourteen elected members of parliament to begin the work which will steer the Turks and Caicos though and out of the economically and socially crippling Coronavirus Pandemic.

“We have a dynamite team who have been working and I want to tip my hat particularly to the two young men in Wheeland and  Blue Hills, said Premier Misick amidst a burst of applause and cheers    from party supporters in the room, he added, “I have never seen a woman to work harder than Rachel Taylor.  We have a great team; the chairman (Calvin Green) came on early and helped to organize us.  We had a lot of training in leaders and other, for our members.  Each constituency had a very effective team.  I think it boils down to organization,” said the elder statesmen who served from 1991-1995 as Chief Minister of the Turks and Caicos Islands.

Three significant upsets in the Providenciales districts of Five Cays, Blue Hills and Wheeland considered PDM strong holds held by strong PDM men were game changing moments.  A demonstration of a rejection of the PDM’s Agenda to embrace the PNP’s Citizen’s Contract.

“We organized early.  Once we put out our Contract to the people we were very concise, very precise about what it is we wanted to accomplish.  I also believe that the government missed an opportunity after Covid-19 to really focus on the best welfare interest of the people of these islands, I think those are the two major issues that created the kind of avalanche that we’ve seen here.”

The press conference was carried live on Facebook, Saturday afternoon shortly before the new Premier and Deputy Premier, joined by their wives and PNP Election campaign manager, Jas Walkin were due to be sworn in at the Office of the Governor.

Erwin EJ Saunders, in his first stint as an elected leader of the Turks and Caicos offered thanks and congratulated all actors in the election day event; describing the process as well-executed by all involved, including the now Opposition PDM.

“We certainly have received a mandate, bigger than we expected.  We certainly now need to work for the country.  I think it is a huge responsibility and people will be looking for us to work very quickly. So it’s going to be making sure that we get relief to people but based on the country’s finances.  The most important thing to do very quickly, is to get an assessment of where we are and to get to what I call, rapid revenue recovery,” said Saunders, with wife Indrani at his side.

Though some 2,100 voters did not turn out to cast ballots in the 2021 General Election, the voter turn-out was strong at 76 percent.

The new cabinet will be sworn in on Wednesday February 24, 2021.