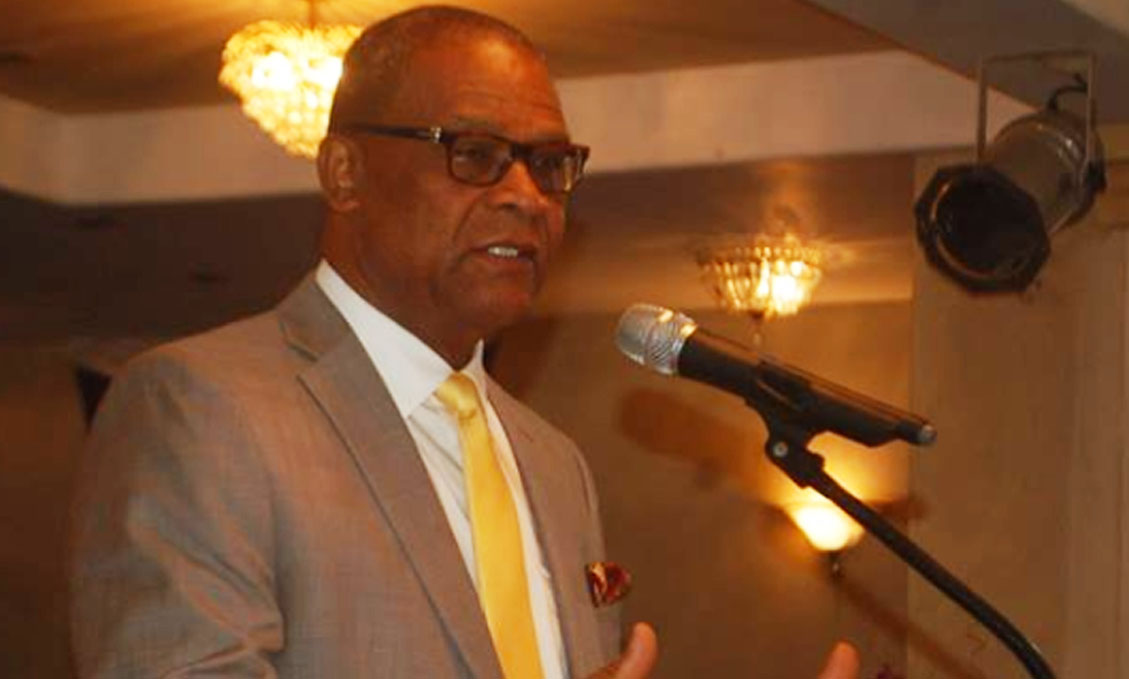 #TurksandCaicosIslands – Full Statement by Leader of Progressive National Party (PNP) – In times of national crisis, the well being of people surpasses politics, and all decisions made with the potential outcome of securing the welfare of the TCI and its people will be supported by me.

The Premier contacted me last week Thursday, 12 March 2020 to say that there were two suspected cases of COVID-19; seven persons were in self quarantine and that she would keep me updated on matters as results became known. That was the only conversation during this crisis that I have had with the Premier.  However, I am happy to hear that to date TCI is COVID-19 free.

The COVID-19 pandemic has created a global panic that are seeing border after border closing and countries becoming virtual fortresses as whole communities are forced by their governments to retreat within the walls of their homes. The streets of many busy commercial districts are reminiscent of the sixty’s television series: The Twilight Zone except that this is not science fiction, but reality.

In this hypervigilant environment of fear the TCI must take its cue from governments and countries with the technical skills and means to assess the risk and potential fall-out from the pandemic without frightening its people into psychological paralysis. However, considering the social and economic impact of a prolonged life cycle of the virus one wonders if TCIG has to date move swiftly enough to prepare the islands in the event the virus gets into the general population.

As an example, the government should by now have undertaken the mass distribution of surgical masks; and alcohol base hand sanatisers – because many people simply do not have access to a dependable source of water, and some who do, cannot afford mask and sanitizers assuming that they are available locally.  This is especially concerning given that there are no testing facilities and the availability of testing kits in the islands has not been disclosed neither has the process for testing suspected cases to ensure that samples can reach labs before the expiration of the life span of the virus outside a host.

The TCI is a tourism dependent destination and the hiatus in travel may be devastating for the country. The industry indicates that cancellation rate for stay-over visitors to the TCI as of today has exceeded 60% of forward bookings for the next six weeks, and new bookings have ground to a halt. By some estimates the current rate of global infection is expected to peak towards the end of April but will be with us at least through June.  Therefore, the rate of cancellation could possibly last for 90 days. At the same time, cruise passenger arrivals for the time being has been reduced by 100%.

The multiplier effect of visitors spending in the local economy is difficult to measure but according to the World Travel and Tourism Council (WTTC) the multiplier for tourism is 3.2 times the initial dollar spent.  Given significant leakages because of TCI dependence on imported goods and labour, as well as limited activities and attractions in the destination, a multiplier of 2 is assumed to be more realistic. Assuming therefore an adjusted average daily spending (ADS) per visitor of $200, the total impact to the GDP would be $400 per day per visitor.

Average visitor arrivals for March through the end of May in 2018 was 100,000 with an average stay of 6 nights according to TCI Statistics Department. Assuming TCIG was on target to receive the same number of visitors in the same period of 2020 as it received in 2018 that would translate into 600,000 nights at $200 or $120 million directly to the industry; with a multiplier of 2 that equals a contribution to the GDP of $240 million.  A 60% cancellation over 90 days could result in lost revenue to the industry of $72 million, to the GDP of $144 million and $14.4 million to TCIG from stay over visitors. Cruise tourism arrivals for the period March through May 2019 was approximately 265 000 passengers.  Assuming similar numbers were expected in 2020: an average spent per head of $50 would result in lost revenue of $13.25 million to vendors and tour operators in addition to TCIG departure tax of $14 translating to 3.7 million of lost TCIG revenue in the beleaguered economy of Grand Turk

Based on the above, a combined total of upwards to $85 million could potentially be loss to the private sector, over $18 million to TCIG and approximately $160 million could be shave off of the GDP in the next 90 days. This is a potential reduction of 16% base on a one-billion-dollar economy. The gravity of the situation may require the declaration of a state of emergency by the Governor under Section 37 (1)(c) of the TCI Constitution to mandate actions in the public interest.  What these actions should be would depend on the prevailing circumstances over time but should pertain to certain basic physiological needs of food, water, shelter and safety in its broadest sense; and may include rationing to discourage hoarding resulting in artificial shortages for some people; as well as price control on staples and sanitary goods.

Given the favourable cash balances of the TCIG, it should take action to ease the pressure off of consumers by removing duties and custom processing fees from all basic consumable merchandise imported, to make it easier on workers.  In addition, it should through the House of Assembly appropriate funding for social welfare to subsidize the living expenses of unsupported indigents, and other vulnerable groups; negotiate with financial institutions to freeze for a period of 90 days mortgage payments for those persons who find themselves unemployed or underemployed and unable to meet their payments; and negotiate a freeze on the Fortis rate increase and all other rates until further notice. Consider introducing a means testing framework to provide relief to basic wage earners in the hospitality and related industries until the industry recovers.

Whatever the outcome, the situation has place in sharp focus the tremendous vulnerabilities we face as a small tourism dependent country. In the face of the challenges, it cannot be business as usual.  We must immediately reprogram our collective mind-set to suit our unique circumstances. In the new reality food and citizen security, social development and environmental sustainability MUST trump everything else. We simply must prepare ourselves for the growing natural and manmade threats of the 21st century. Regardless to how we arrive here and whatever our political persuasion maybe we face a common and uncertain future at least in the short term; and in these times must coalesce around the common value of cooperation and community.

Finally, I wish to appeal to all to heed the massages from the authorities. The risk is high, the threat is real, resources are limited and facilities are rudimentary.  Stay at home unless you absolutely need to be out. This too will pass, but in the meanwhile hunker down.

Sincere thanks and gratitude to all those on the frontline especially our medical professional and senior public health officials for your tireless efforts in monitoring this pandemic in the interest of all of us.  It is in these times when your genius shine. I appreciate your invaluable contribution and sacrifice and pray for your safety and good health.

May God bless our beautiful Islands and may he keep us safe and healthy!!!