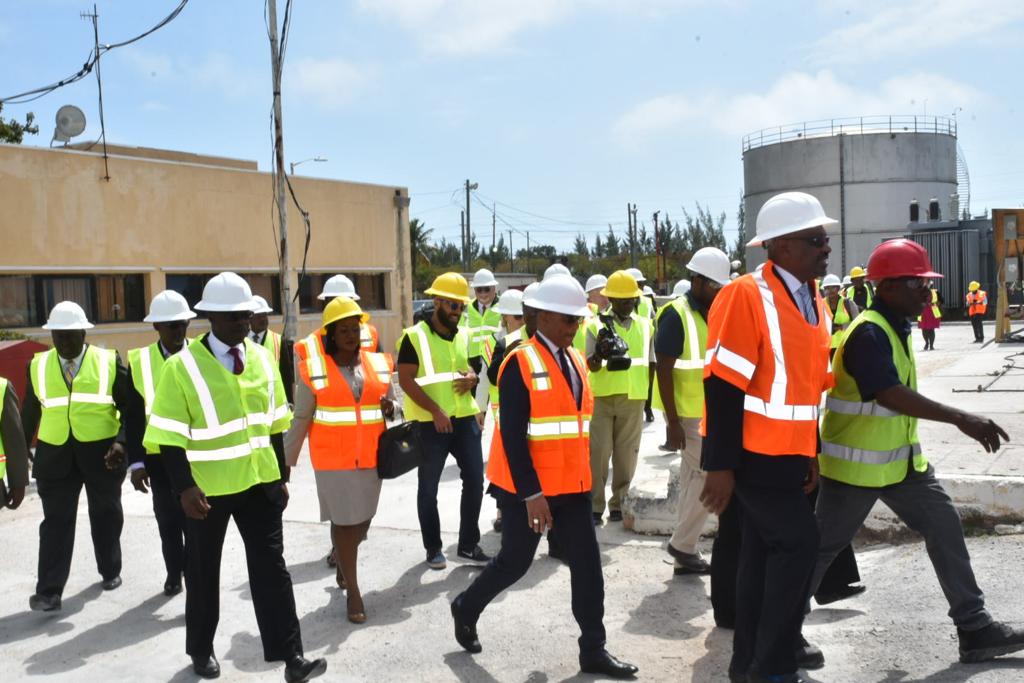 NASSAU, The Bahamas — March 6, 2020 — The Government is moving the country towards energy security as well as reliable and affordable generation with a new engine at Bahamas Power and Light (BPL) Blue Hill station.

Prime Minister the Most Hon. Dr. Hubert Minnis participated in the BPL Ceremonial Inauguration of the GE TM2500 on Thursday, March 5, 2020.

The Prime Minister underscored the importance of providing reliable and affordable electricity for Bahamians; in keeping with his Government’s goals to end summer load shedding

“Today, as we formally inaugurate the addition of this new technology to BPL’s generation fleet, it is clear we are in the midst of this transformation and revolution.

“Our goal, over time is to reduce dependence on various fossil fuels and to aggressively utilize more renewable sources of energy including solar energy.”

The Prime Minister added, “Today is a powerful and tangible demonstration that we are delivering on our energy goals and objectives.”

He stated they once BPL and Shell have completed their negotiations, Shell has committed to constructing an LNG regasification facility at a location near the Clifton Pier Power Station.

The Prime Minister said that with other plans underway for BPL’s expansion, there is still work to be done.

“We will deliver more secure, more efficient, cleaner and less expensive energy for Bahamians and residents,” the Prime Minister said.

The Prime Minister and officials were taken on a tour of the new engine facility.