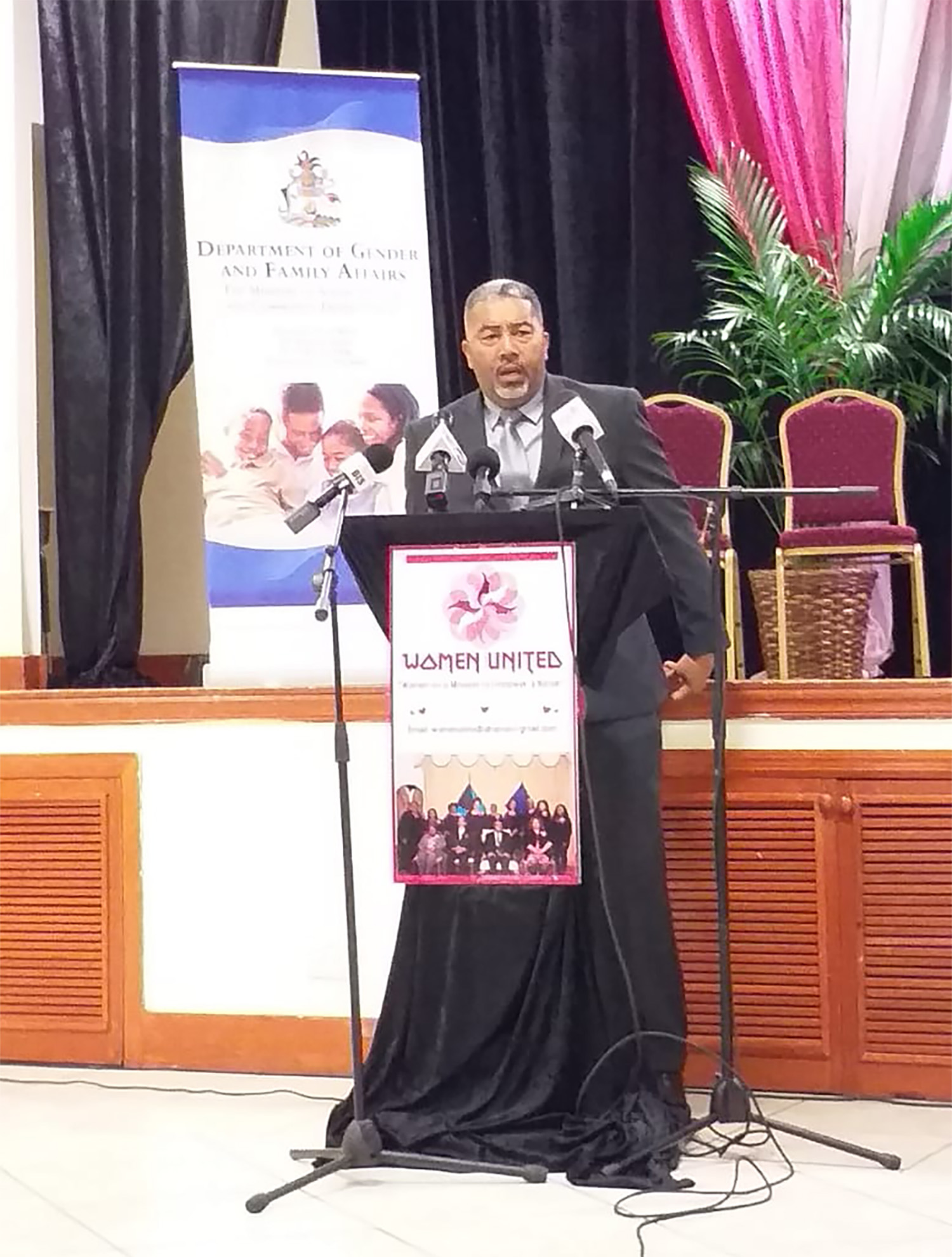 #NASSAU, The Bahamas – February 26, 2020 — Minister of Social Services and Urban Development, the Hon. Frankie A. Campbell, applauded Women United and its Political Subcommittee for the success of the body’s first Women’s Empowerment Summit.

Sponsored by the Ministry of Social Services and Urban Development through its Department of Gender and Family Affairs, the Summit was held Monday evening (February 24) at the St. Joseph Roman Catholic Church Parish Hall.

The Summit brought together females from across socio-economic, religious, professional and political backgrounds to, as Women United’s Political Subcommittee Chair Mrs. Sharmie Farrington-Austin, said: “begin in earnest, this most important discussion on gender equality in politics”.

Minister Campbell said, “I really felt that the spirit of the Suffrages were alive because I saw and heard persons whom I know have different views, different philosophies, different backgrounds, but they all had this commonality of purpose, this love of country, this understanding and appreciation for the role of women in loving this country; for the needed contribution of women for the development of this country.”

“I heard commitment. I heard passion. I felt a spirit of unity and oneness. I saw and felt no barriers tonight. It was women prepared, willing and able to put their best forward, to put forward their all for the development and advancement of this Bahamas. If that spirit continues, I am satisfied and pleased to know that we all have to walk around in dark, dark, dark shades because our future politically, our future of governance, is very, very bright,” Minister Campbell added.

Mrs. Prodesta Moore, Chair, Women United, applauded the collaboration between the Organization, its Political Subcommittee, the Ministry of Social Services and Urban Development, and the Department of Gender and Family Affairs.

“Women United seeks to bring women together to collectively contribute to the advancement of women, the growth of the nation, and the betterment of The Bahamas wholly. Women United’s mission is: ‘to involve women of all walks of life in positive, progressive and uplifting programmes, initiatives and efforts that will continuously advance he people of The Bahamas and move the nation forward’.

“We continue to foster relationships with the Department of Gender and Family Affairs on mutual issues (as) we seek to bring about a greater awareness of the need for women inclusion which is consistent with the Convention on the Elimination of all forms of Discrimination Against Women (CEDAW) and the United Nation’s Sustainable Development Goal No. 5.”

Mrs. Farrington-Austin said members of the Political Subcommittee were “humbled” by the opportunity to organize the Summit.

“There is no question that, as we approach our 60th year of the Women’s Suffrage Movement Anniversary in 2022, the year 2020 must be the year that we begin in earnest this most important discussion on gender equality in politics. We must not only talk, but must resolve to take action,” Mrs. Farrington-Austin said.

“We have come a long way since women obtained the Right to Vote in 1962, but the struggle continues and there is much more work to be done. This Summit provided a platform for existing and emerging political women, young and old, to address issues affecting women,” Mrs. Farrington-Austin added.

The Summit was addressed by Minister Campbell, in addition to Minister of Youth, Sports and Culture, the Hon. Lanisha Rolle, and speakers from across the political divide and professions.