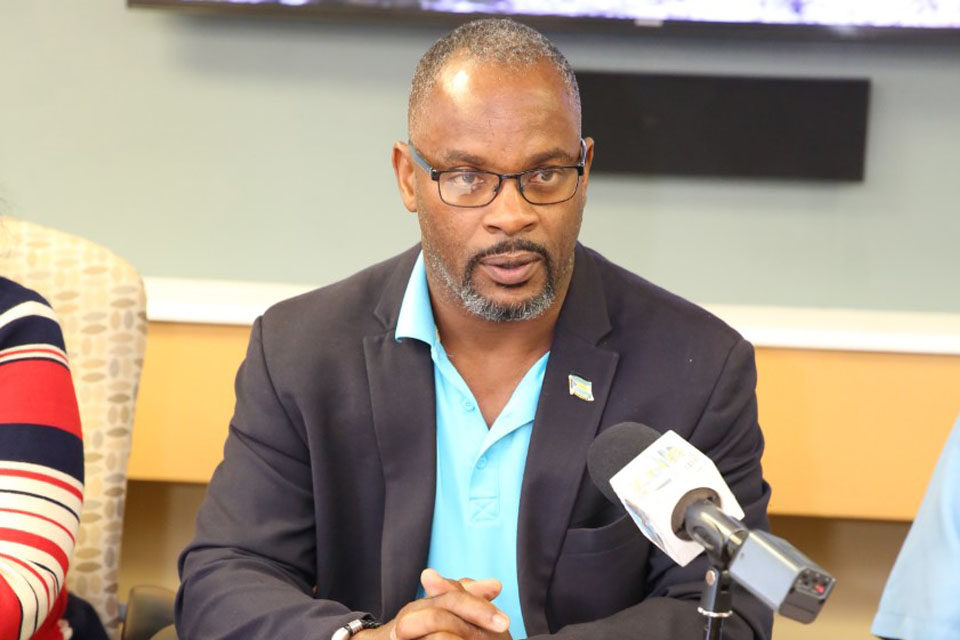 #FREEPORT, Grand Bahama – July 29, 2020 — All of the necessary protocols are in place in preparation for the tropical disturbance currently in the region, said Minister of State for Disaster Preparedness, Management and Reconstruction, the Hon. Iram Lewis.

During a press briefing in Grand Bahama, July 29, 2020 at the Star Insurance building which houses the Ministry, Minister Lewis said hurricane shelters are being prepared and an update will be provided by Thursday.

All the necessary agencies are in place, he said, protocols are in place particularly with respect to COVID-19 considerations. The shelters will not be opened unless the need arises.

“One critical thing to note is that our emergency transport support is on the ground with both water and ground transportation in the event that we have to once again rescue or evacuate.” He continued, “If we have to bring the residents of Sweeting’s Cay across to the mainland — we did a drill in May before the hurricane season started with Tropical Storm Arthur, and it gave us a good idea of what we have to do in the event we have to do it this weekend, we have all of the mechanisms in place.”

He said, “COVID-19 protocol is really one of the major drivers with respect to how we prepare and manage these shelters.”

While there are no concerns as to whether the team is ready for the impending storm, he added that in some cases it’s “learn as you go.”

As for debris that is yet to be collected, the Minister added they have been in talks with City Manager, Troy McIntosh because while there is not expected to be a lot of wind, a lot of rain is anticipated and “we don’t want a lot of debris floating around our city.” Efforts are being made to manage the collection of the debris.

For Abaco, the Minister continued, meetings have been held to ensure the various settlements are preparing.