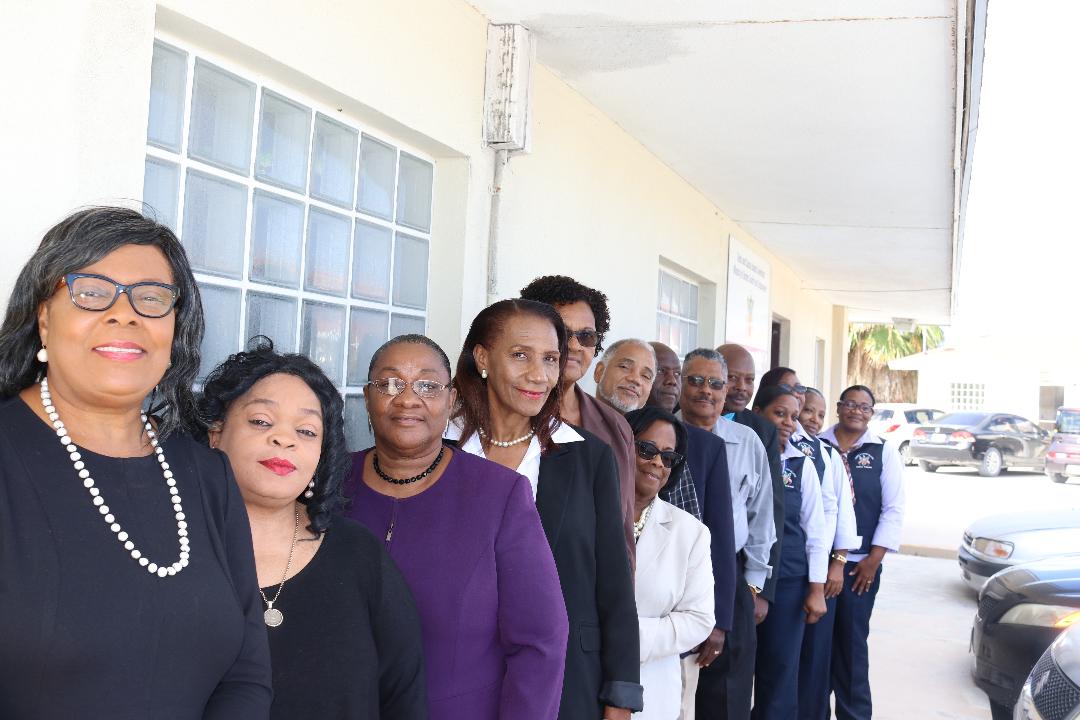 #TurksandCaicosIslands – February 18, 2020 — The Labour Tribunal was established under the Employment Ordinance Section 93 and was given jurisdiction to hear and determine any Labour disputes or complaints; and is expected to discharge its statutory functions in accordance with the Employment Ordinance.  The Labour Tribunal welcomed the new President, Mrs. M. Doreen Quelch Missick, Attorney at Law on 2nd January 2020. The Tribunal was without a legally constituted body since the law was amended in March 2018.

The in-coming President, in an effort to get the Tribunal back on track and fully functioning, immediately put plans in action for the review of the existing backlog of cases, and undertook critical steps in assessing the backlog and put plans in place to move forward for new and pending cases at the various stages of deliberations. Introductory meetings were held and expectations outlined, an orientation meeting was later held for all newly appointed members who received their appointments in August 2019. It was an honour to have the Deputy Governor, Mrs. Anya Williams present to give brief congratulatory remarks during the orientation.

On February 4th a full day of Training for all members were conducted with a focus on the Employment Ordinance, discussing their individual role, duties, responsibilities and expectations of Members.

The Labour Tribunal is grateful for those who continue to offer their services to the Tribunal and by extension to the Turks and Caicos Islands and welcome all members and am indeed proud of the caliber, experience and strengths all members bring.  We are happy to introduce the following Members of the Tribunal whose appointment is for a period of two (2) years: –

Mr. Vernon Alco Williams of Providenciales has served in the public and private sector as Superintendent of Police of the Royal Turks and Caicos Islands Police Force.

Bishop Samuel Williams of Providenciales has 30 years of service in the public and private sectors in various fields, particularly in Electronics and Communications.

Mr. Michael Pereira of Providenciales, a Justice of the Peace, Notary Public and retired Clerk of Courts and Bailiff of the Supreme Court.

Dr. Beatrice Fulford of Grand Turk, an Educator has served in various positions in the public sector – Chairman of the Public Service Commission, and former Permanent Secretary to the Ministry of Education.

Mrs. Noreane Williams-McKoy, of South Caicos is an Educator and a Justice of the Peace. She is a Champion for persons with special needs and is a member of the District Board, South Caicos and the Parole Board.

Ms. Rosa Maria Clare, of South Caicos is an Educator who has served over forty years in the public service.  She presently serves on various Boards and is active in community service.

Mrs. Irene Glinton of Providenciales has experience in the private sector, serving in various Administrative roles.  She presently serves as Secretary to the Turks and Caicos Islands Electricity Board.

Mrs. Judy Missick of Providenciales has worked over 30 years in the private sector in administrative fields and Human Resource Management.  She is an ordained Minister of the Gospel and is a part of various social and community groups.

Recognizing that the Labour Tribunal has been without a President since August 2017, however, the staff under the leadership of the then Vice President, Mr. Vernon Alco Williams continued to perform the statutory functions of the Tribunal.  President Missick commended the former Vice President and staff for their work and reminded the team of the important role of the Labour Tribunal and its functions. The Labour Tribunal, in seeking redress for employment disputes will endeavor to dispense its rulings in a fair, just and timely manner in accordance with the law.

The President, staff and members look forward to serving the people throughout the country and is pleased to let the public know that all inhabited islands now have member representation on the Labour Tribunal. We look forward to the return of the weekly radio program via RTC in our efforts to reach out and inform the public, employees and employers of their rights under the Employment Ordinance, their rights under other International Workers Rights Instruments to include the International Labour Organization (ILO) and other International Human Rights Conventions. We look forward to visiting North, Middle and South Caicos and to re-establish its presence in Grand Turk and for the re-opening of the Labour Tribunal Office by March 1st.

The Tribunal looks forward to working internally with the Commissioner of Labour and his staff and Labour Inspectors, Immigration and externally with the Clients and Attorneys in an effort to fulfil the statutory functions of the Labour tribunal. We express thanks to the general public for their unwavering support and to the clients for their patience and look forward to working to serve you.