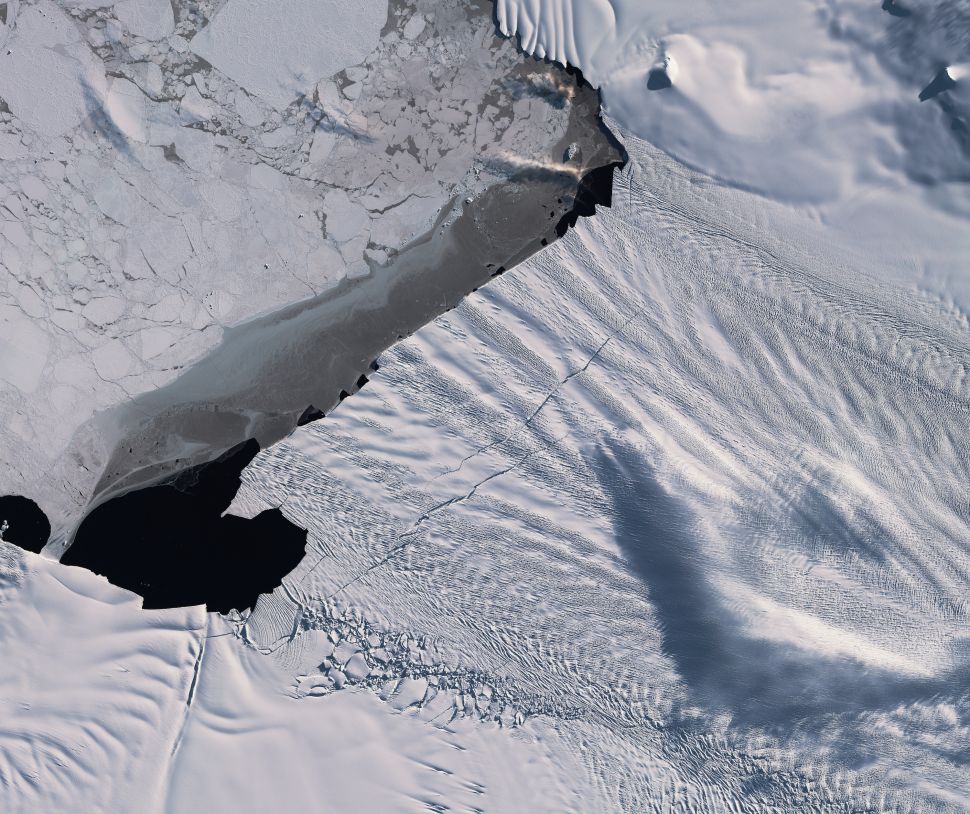 #Antarctica, February 19, 2020 — A chunk of ice nearly seventeen times larger than the island of Grand Turk in the Turks and Caicos, this past weekend, broke away from the Pine Island Glacier and it is further evidence that warmer waters are causing these ‘calving’ episodes to increase in frequency.

The Earth Observation Program of the European Union is monitoring the Pine Island Glacier.  Pine Island is described as the fastest melting glacier in Antarctica.

The stunning time lapse video was repeated on media around the world; it was spectacular and frightening for many to watch.

The calving of this glacier yet again means water temperatures are warming dramatically and the threat of significant rise in ocean levels inches closer, but at an accelerated rate.

Live Science reported: While large calving events used to occur at Pine Island Glacier every four to six years, they’ve now become a near-annual occurrence, according to NASA. In the last decade, huge chunks of the glacier calved away in 2011, 2013, 2015, 2017, 2018 and now in 2020.
The massive block of ice – which is twice the size of Middle Caicos in the TCI and almost one and a half size larger than Nassau, New Providence in The Bahamas – broke away from the Pine Island Glacier just days after the hottest temperature on record was reported for Antarctica.

It is believed, continued calving of this glacier and another, nicknamed the ‘Dooms Day Glacier’ could lift the level of the ocean by as much as four feet.

It is a vexing reality which fuels fears around dangerously encroaching waters and more ferocious killer hurricanes.