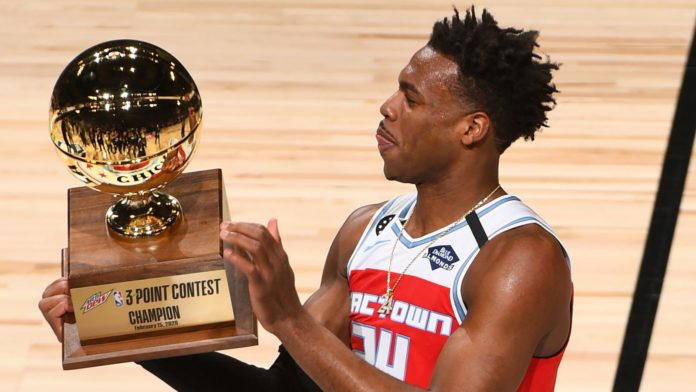 #Nassau, The Bahamas – February 18, 2020 —- Prime Minister the Most Hon. Dr. Hubert Minnis, on behalf of the Government of The Bahamas and the Bahamian people, on Saturday February 15, extended congratulations to Bahamian NBA shooting guard Buddy Hield on his 2020 NBA 3-Point Contest win.

Mr. Hield, a native of Eight Mile Rock, Grand Bahama, plays for the Sacramento Kings. He beat out former champion Devin Booker of the Phoenix Suns at the NBA All-Star Saturday event in Chicago on Saturday 15 February 2020.

“Buddy Hield’s impressive career in the NBA is an inspiration to all Bahamians, especially the young men of this nation. His success is a testament that hard work and perseverance pay off,” said Prime Minister Minnis.

“Saturday’s dramatic performance is yet another example of his distinction in the sport of basketball.” The Prime Minister said he looks forward to congratulating Mr. Hield in person on his next visit home to The Bahamas.