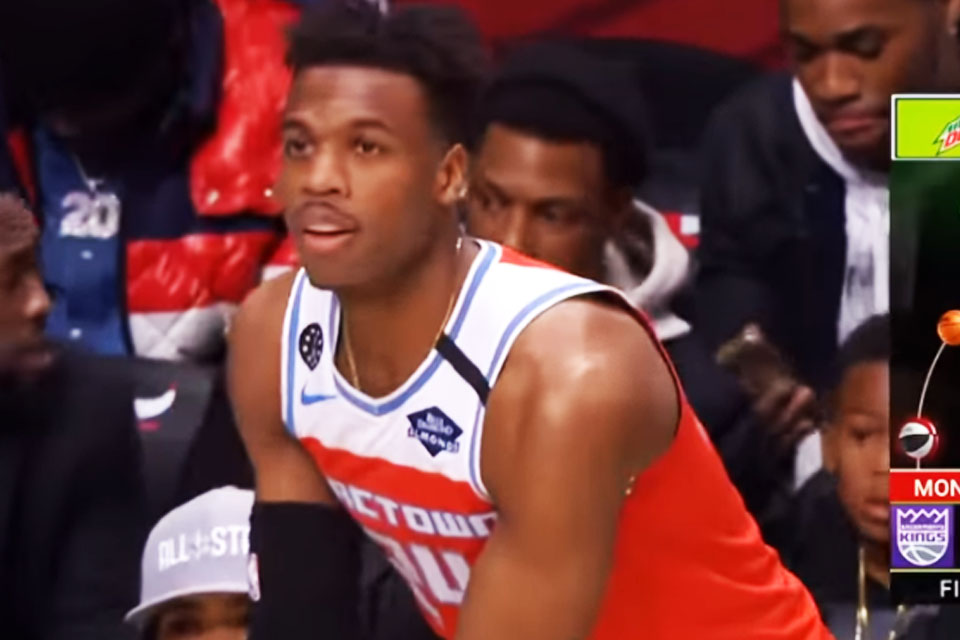 #Nassau, Bahamas – February 18, 2020 — STATEMENT ISSUED FEBRUARY 16 — As Minister of Youth, Sports and Culture, I am ever so proud to officially congratulate young Bahamian Chavano “Buddy” Hield on becoming victorious in the recent American National Basketball Association’s 2020 Three-Point Contest.  In a dramatic and exciting climax to the 2020 Three-Point Contest, “Buddy” successfully clinched the win over the other competitors on his last shot!  The Mountain Dew Three-Point Shootout occurred during the NBA All-Star Weekend in Chicago on 15th February 2020.

“Buddy” continues to display great athleticism and dogged determination as a young NBA superstar, having only been drafted as a first round pick almost 4 years ago, in 2016.  He has already amassed many high accolades, garnered great respect from the sporting fraternity the world over, and has become one the world’s most endearing sporting figures, in great part because of his warm personality.

“Buddy” hails from Eight Mile Rock, Grand Bahama, where his dream and craft were first nurtured and developed.  “Buddy” serves as a constant motivation to all Bahamians.  I wish to particularly encourage every boy and every girl, every young person, every Bahamian to allow these moments of triumph to serve as great inspiration.  That in whatever endeavour you so choose, I challenge you to dream big and dream often; so that one day, perhaps the world can “mark the manner of your bearing.”

On behalf of the Ministry of Youth, Sports and Culture, and by extension the Government of the Commonwealth of The Bahamas, and on behalf of all Bahamians, I add my continued congratulations and best wishes to Chavano “Buddy” Hield on yet another important and historic achievement.  We pray God’s continued blessing upon him.