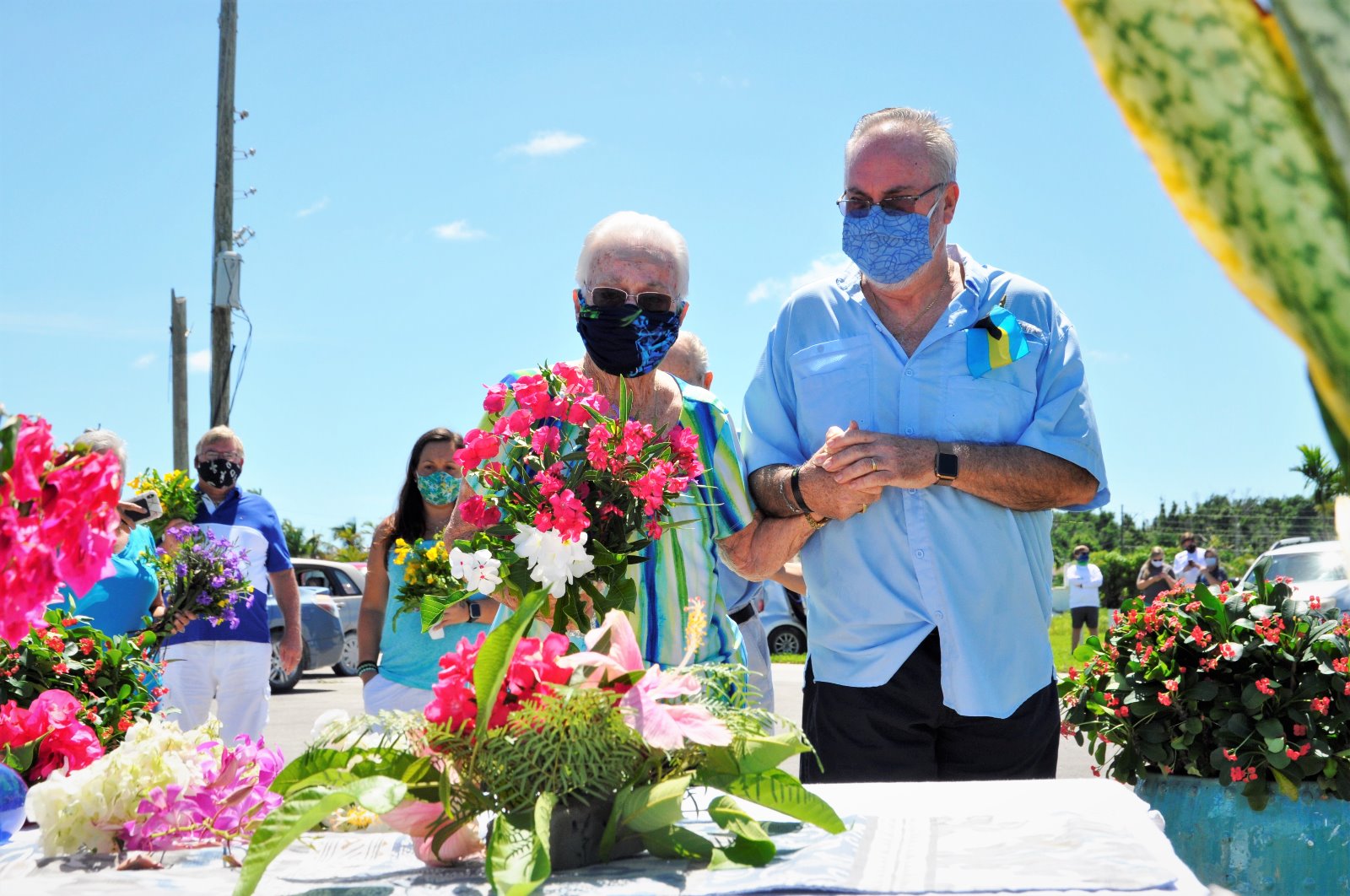 Defence Headquarters, 01 SEPT. ‘20 (RBDF):  Several members of the Royal Bahamas Defence Force were on the island of Abaco when Hurricane Dorian struck exactly a year ago today. It was therefore quite fitting for those stationed there to join in a community effort today with the residents of Marsh Harbour in remembrance of the lives lost during the ordeal last year.

Held on the junction of Queen’s Highway and Bay Street, this occasion was in observance of the one-year anniversary of the passing of the destructive hurricane. This tragic event left a gaping hole in the hearts and minds of many Bahamians, and in particular Abaconians. Described as one of the saddest days in Abaco’s history, a bystander shared her very vivid recollection of the storm.

“One year ago, almost exactly around this time, most of the houses were already gone. Just about everyone was underwater. Around 1 or 2 pm was about the time the eye came, and those who were still alive tried to find shelter somewhere else.”

At the event, a small area was set up to invite members of the community to offer flowers in memory of those lost during the storm. The RBDF team in attendance served as the Colour Party at the event and a symbol of the security of the small island, even in the midst of the resilient citizens. The resident who chose to remain anonymous explained the purpose of the community showing.

“It’s a day to stop, think, pray, memorialize [those lost] and a day to see our friends. We may not be able to hug, touch or gather because of COVID-19, but we can see each other’s eyes and come together. This is really a celebration for Central Abaco.”

This occasion also served as a quick drive-through for individuals who wished to simply stop their vehicles and place a flower or something tangible on the site in respect of the occasion.

Lieutenant Commander Andrew Bowe, Executive Officer for the RBDF Northern Command expressed that the organization remains committed to the residents of Abaco in particular, who were hardest hit during the hurricane.

The Royal Bahamas Defence Force remains committed to its mandate and will continue to serve not in only in the communities in which it is stationed, but the entire commonwealth of The Bahamas.

Waterside wreaths in memory of those lost; One Year since Hurricane Dorian for Abaco