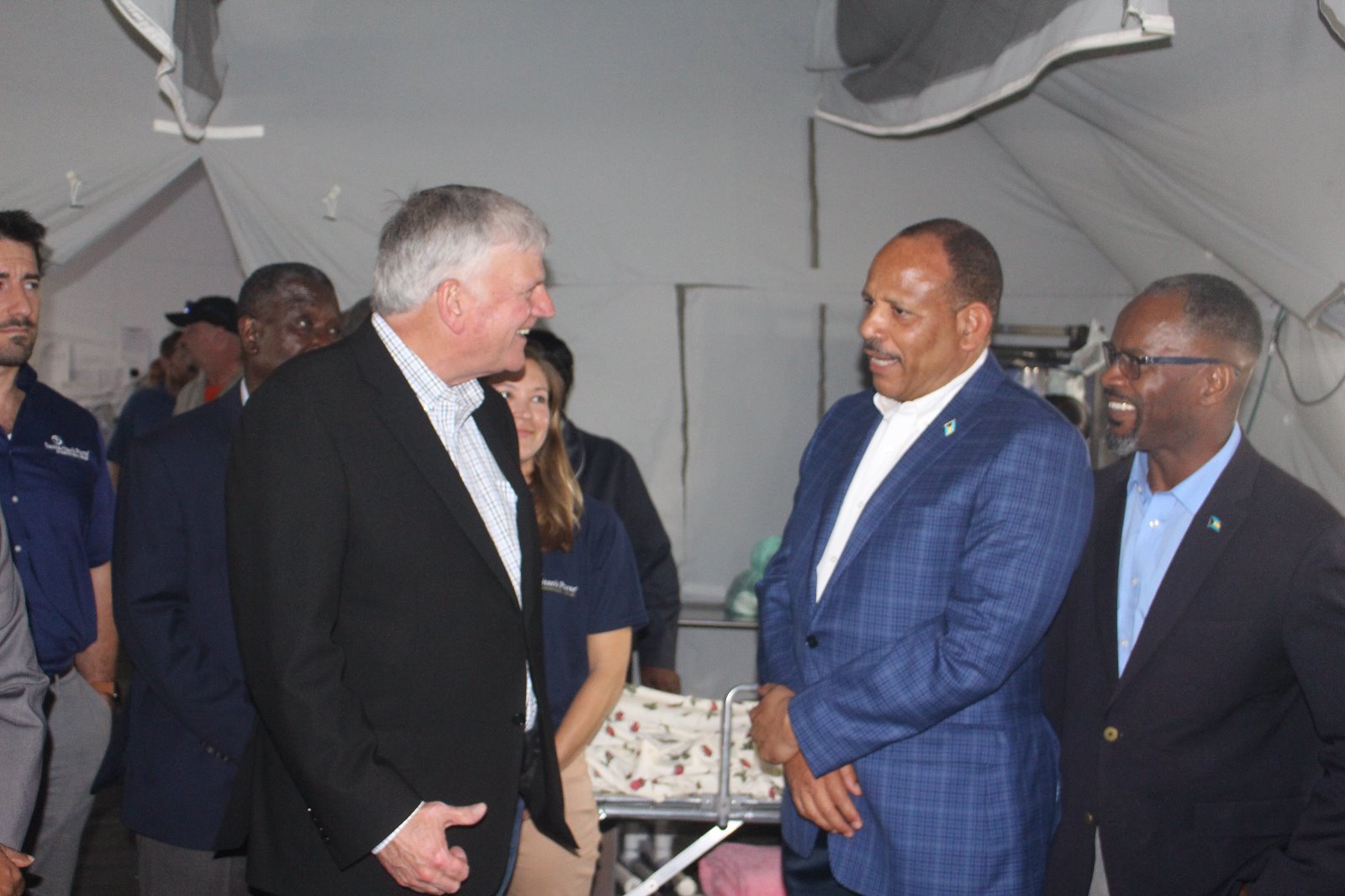 Mr. Graham, during an interview with the media, said he along with millions watched as Hurricane Dorian stalled over Grand Bahama and knew the destruction that would be left behind.  Not certain of what assistance could be offered, he said on their initial trip to Grand Bahama, they noticed the need for medical assistance.

“The Ministry of Health opened the doors and did everything they could to assist us and so our goal is to help the people of The Bahamas with health care, and of course in Abaco with clean up and the removal of rubble.”

He added that it felt good to see people using the hospital and being helped and “as a Christian organization, we do this is Jesus’ name.”

Giving credit to the government for a smooth transition when coming in to render assistance, Mr. Graham said in many countries it is difficult, however, in The Bahamas the government has been easy to work with.

Minister Sands said the health care infrastructure in Grand Bahama was “destroyed” following the passage of Hurricane Dorian. With the Rand, 80 percent of it could not be used, and when travelling to East Grand Bahama the facilities were levelled. It was shortly thereafter that Samaritan’s Purse offered their assistance and they have treated almost 8,000 patients and performed 200 surgeries.

The partnership and personal relationships will be lifelong, continued the Minister adding that the people of Grand Bahama cannot thank the organization enough, and thanked Samaritan’s Purse on behalf of the Government and the people of The Bahamas.

In addition to chatting with some of the patients, a few former patients were also given the opportunity to have a few words with Dr. Graham, expressing their gratitude to the staff of Samaritan’s Purse for various procedures they had following the storm.

The delegation then toured the Rand Memorial Hospital to check on the progress of ongoing renovations.