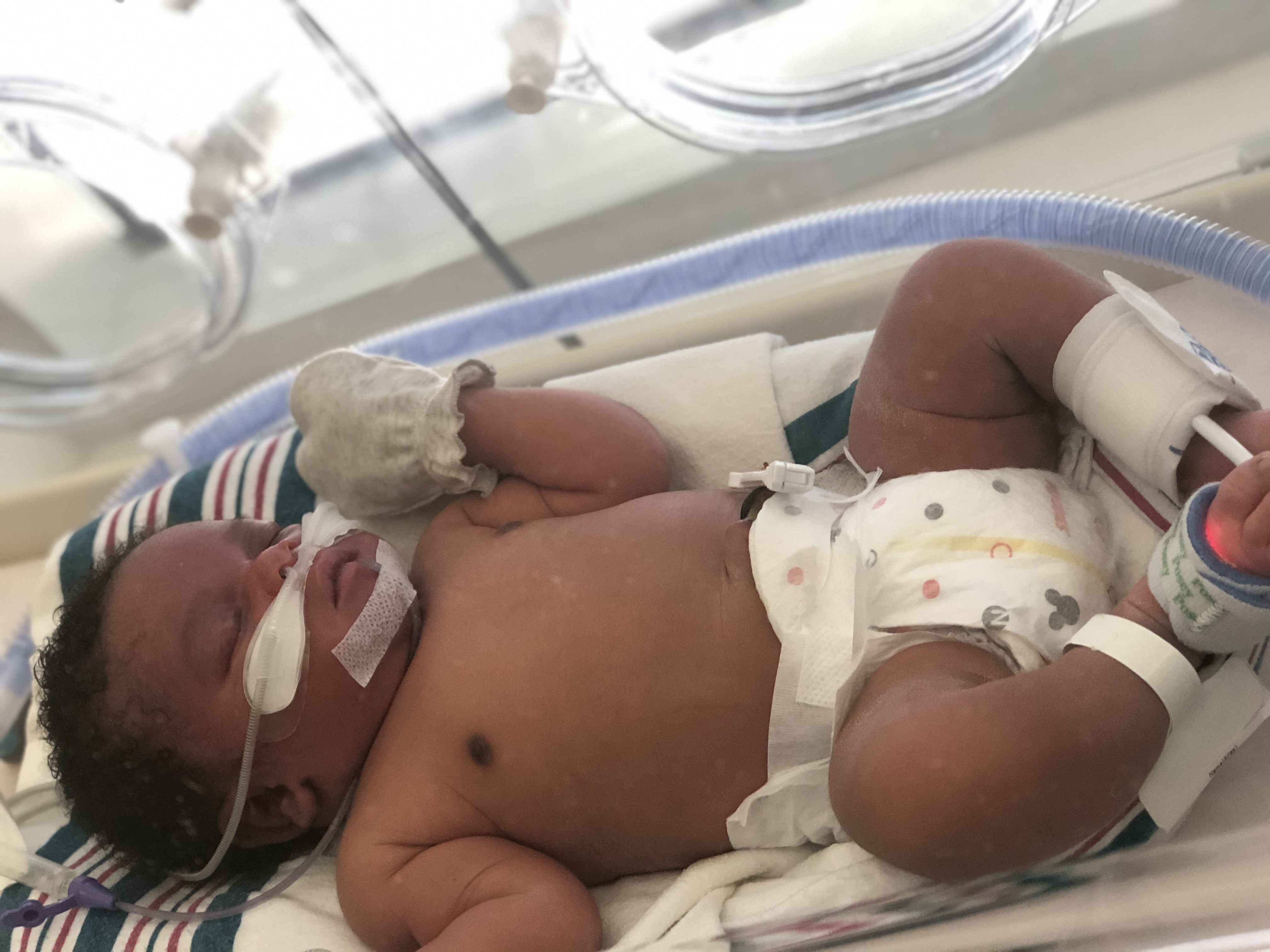 A baby girl was the first to be delivered at Cockburn Town Medical Centre in Grand Turk. Little Steliah Andreka Pierre was born at 4:22 a.m. to mother Marie Ange Sylvain and her partner. She weighed 2.7 kg and 45 cm in length at birth.

The maternity team on Providenciales delivered another baby boy named Ah-Marri Ryland during the afternoon hours at 4:26 p.m. to mother Takera Francis. Little Ah-Marri weighed 3.45kg and 52 cm in length at birth. According to Francis, her sons’ name means ‘forever beautiful’.

The mothers were not expecting to deliver during the Christmas season, but their little ones were adamant to make an earlier arrival. The three baby boys delivered in Providenciales remains under admission and monitoring in the Special Care Baby Unit. The baby girl and her mother are expected to be discharged soon.

In keeping with the annual tradition, the mothers across both medical centres received a gift bathtub with infant-care items, courtesy of InterHealth Canada – Turks and Caicos Islands Hospital.

Commenting on the Christmas day deliveries, Chief of Clinical Services, Mikette Been said: “During this festive season, I would like to congratulate the proud parents on the birth of their newborns. These latest additions to your families are a blessing; new life is the greatest gift that can be offered during the holiday season. We wish you all the best in continuing your motherhood journey.”