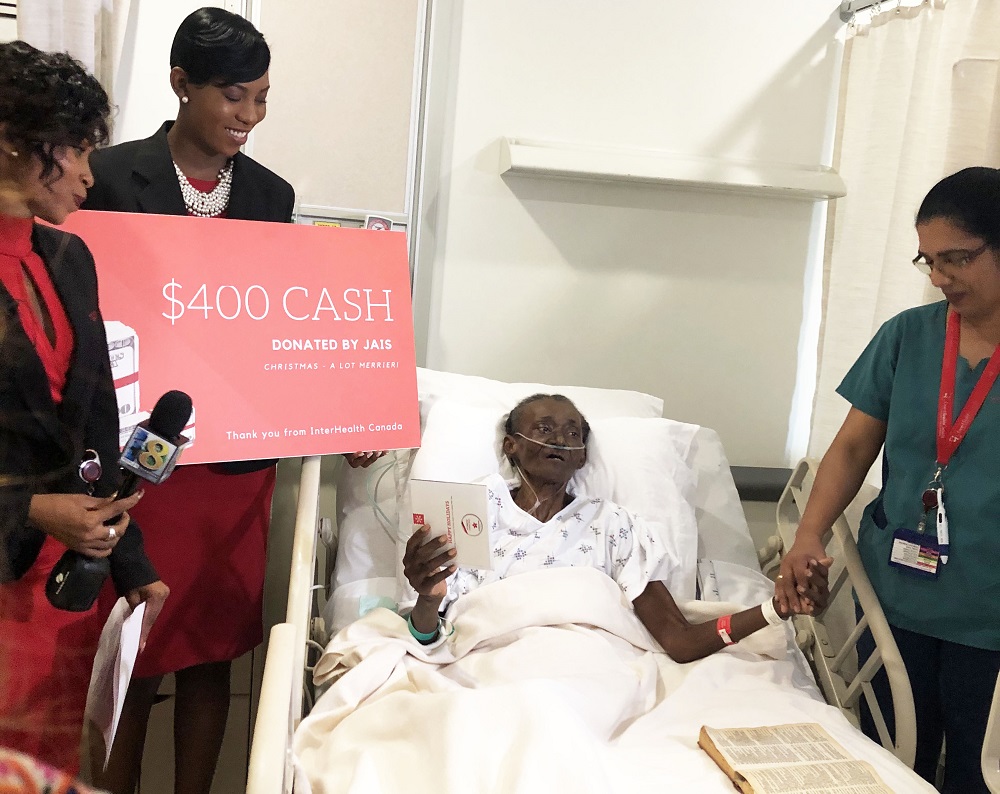 #Providenciales, 28 December, 2019 – Turks and Caicos – A group of predominantly acute-care inpatients on the general wards at Turks and Caicos Islands Hospital received a surprise Christmas giveaway of $400 cash each, courtesy of JAIS.

JAIS donated a total of $4,000. The total value of the cash giveaways equated to $3,200. The remaining balance of $800 will be used along with an additional $1,000 donation from another benevolent donor to purchase care packages for non-acute care inpatients. The initiative will be entitled Operation Gratitude Part II and is scheduled for early 2020.

InterHealth Canada – TCI Hospital expressed gratitude to JAIS Jewelers for the partnership and generous initiative. The cash recipients were elated and expressed appreciation for the kindhearted gesture.