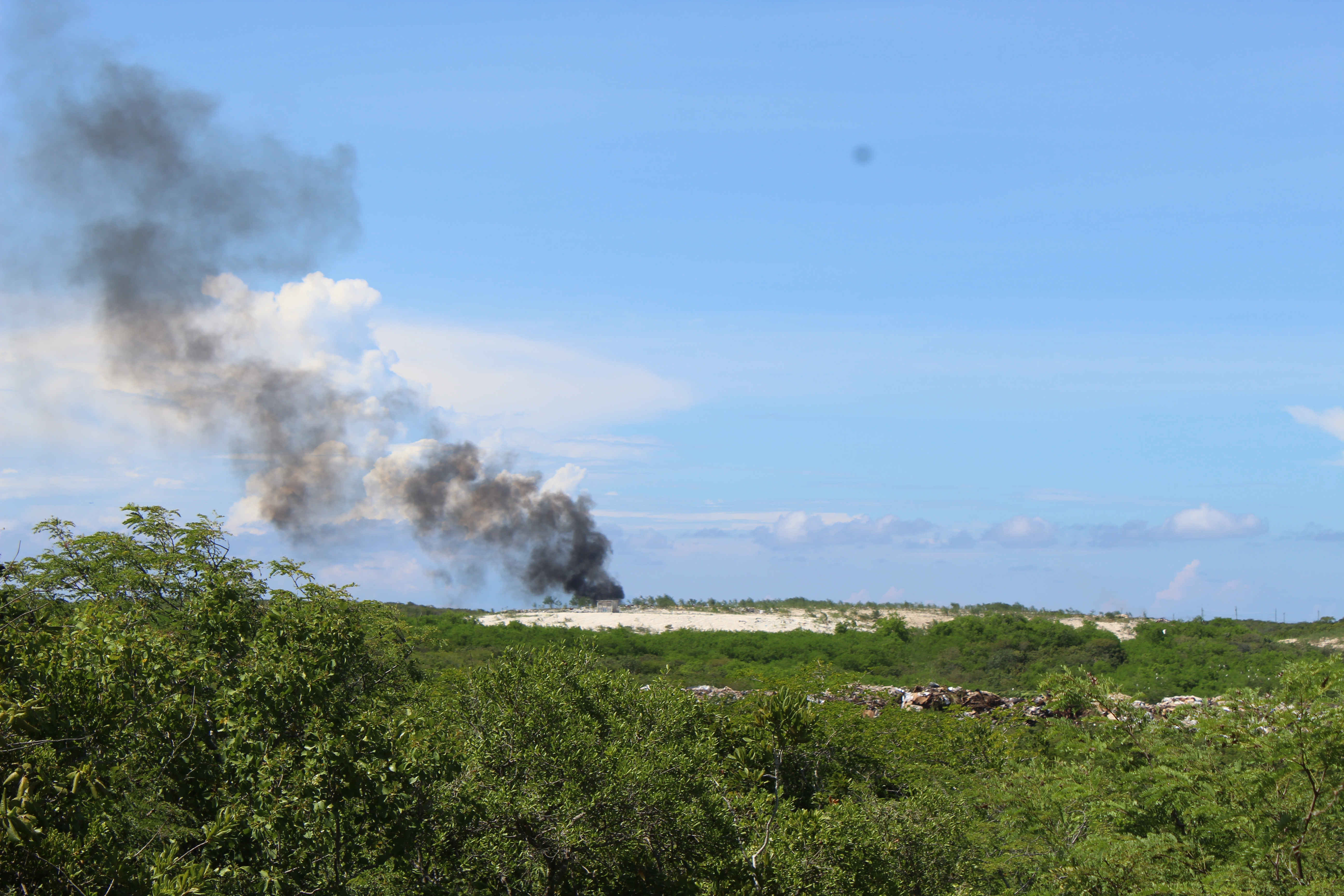 #Providenciales, Turks and Caicos Islands – October 2, 2019 — The Premier has toured the Providenciales Landfill and agrees that it is time for a community meeting with residents of the area, the meeting is set for this Thursday October 3, 2019 at Kingdom Dominion Church International in Millennium Heights.

The tour of the dump site, which is blamed for toxic smoke polluting the air quality in the north western end of the island, happened on Tuesday October 1, according to a statement this morning issued by the Office of the Premier.

It was explained that during the site visit there was a report from site management on recent changes in daily operations given the challenges re-surfacing.

The challenges, to which the Premier refers, are coming from spot fires on the dump and possibly illegally lit fires in bushes surrounding the dump site and the overwhelming smoke and sickness these are creating.

The Premier, who was joined on the site tour by the Member of Parliament for the area, Delroy Williams offered that, “The Turks and Caicos Islands Government is committed to ensuring the safety and wellbeing of all residents of the islands and as previously stated, are aware of the issues associated with the operation of this particular landfill site and have committed to finding a resolve.”

While the community meeting will be an opportunity for residents to express their grievances and ask questions, Premier Robinson said the plan is to bring a team from the Ministry of Health and Department of Environment and Coastal Resources to give an update on improvement works at the waste facility.

The meeting will be held at the Kingdom Dominion International Church located in Second Phase on Thursday, October 3rd 2019 at 6:30pm, said the Office of the Premier.