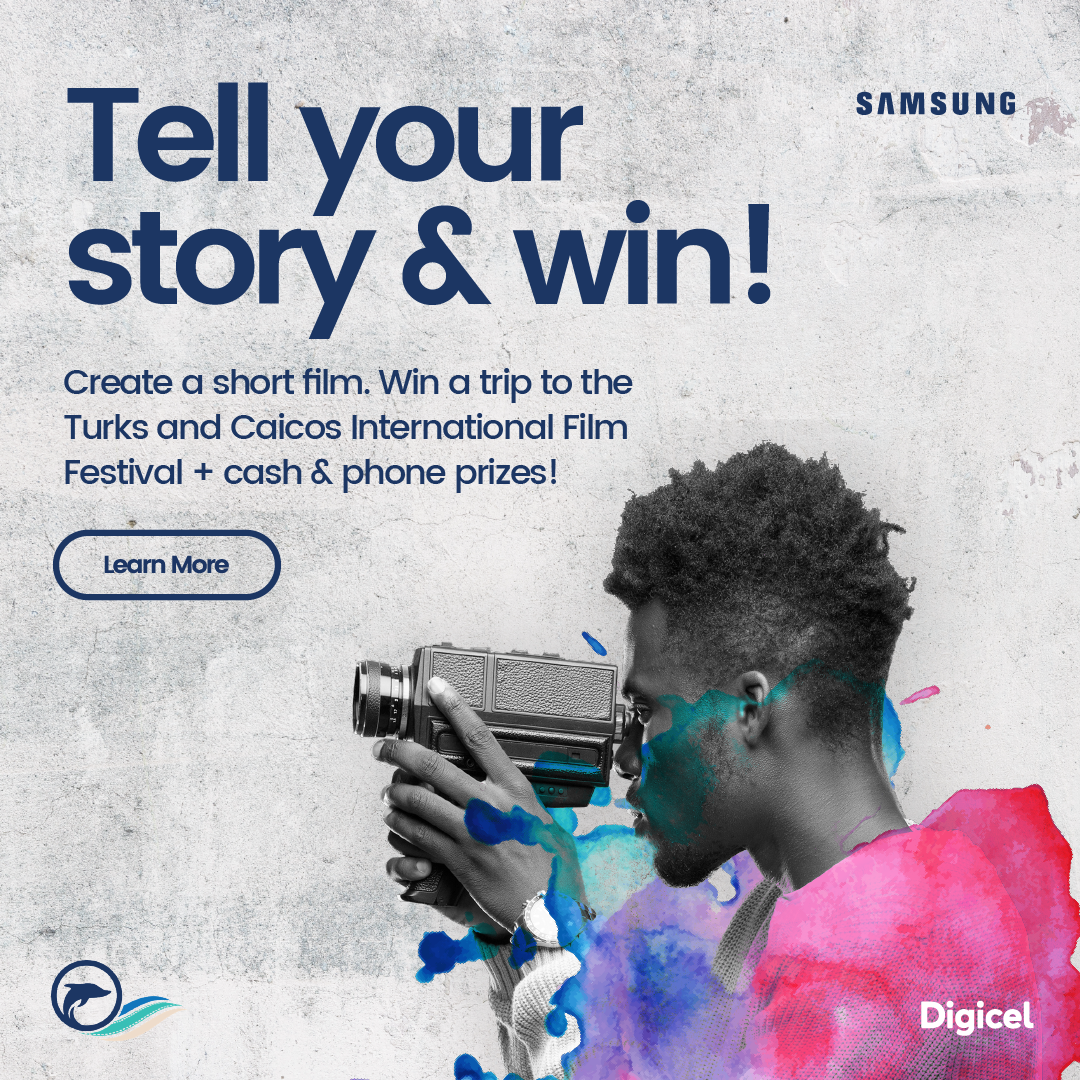 #Providenciales, October 2, 2019 – Turks and Caicos – The inaugural Turks & Caicos International Film Festival kicks off on November 15 with filmmakers from across the Caribbean showcasing their work. With Digicel as a partner, the festival extended the invitation to amateur filmmakers to submit their films for the recently launched Digicel Youth Pan Caribbean Film Competition.

The festival is geared at raising awareness about the environment, as well as the Caribbean film industry, and the vision of the festival is to share compelling stories about the big issues facing our environment. In May, Digicel’s Chief Speed Officer, Usain Bolt visited the Turks & Caicos Islands to launch the festival and advocate for telling meaningful stories through film and touching on the importance of preserving our oceans and the environment.

“In the Caribbean, with so many small island nations, we’re on the frontline of climate change and over the past few years hurricanes Maria, Irma and, most recently, Dorian, have had a direct impact on the way we all go about our daily lives. This festival and the amateur film competition is a great way to digitally showcase the stories we have to tell and draw attention to some of the major issues at hand,” said Addison Stoddard, CEO of Digicel Turks & Caicos.

Submission for the competition is open to all Caribbean nationals and there are four categories for entry, based on the entrant’s age. For those aged 13 & under and 14 to 17, they each have a chance to win a brand new phone and to have their film featured on Digicel’s website and social media pages within their respective countries. For entrants in the 18 to 20 and 21 & over categories they could win a round-trip flight to and accommodation in Turks & Caicos for the festival where their film will be shown. They will also receive an all-access pass to enjoy all the events, a brand new phone and USD$1,000.

Films are to be no longer than 10 minutes and subtitled in English, if containing dialogue in another language. For submission and all the competition details go to the website: https://digicelprogrammes.awardsplatform.com/.