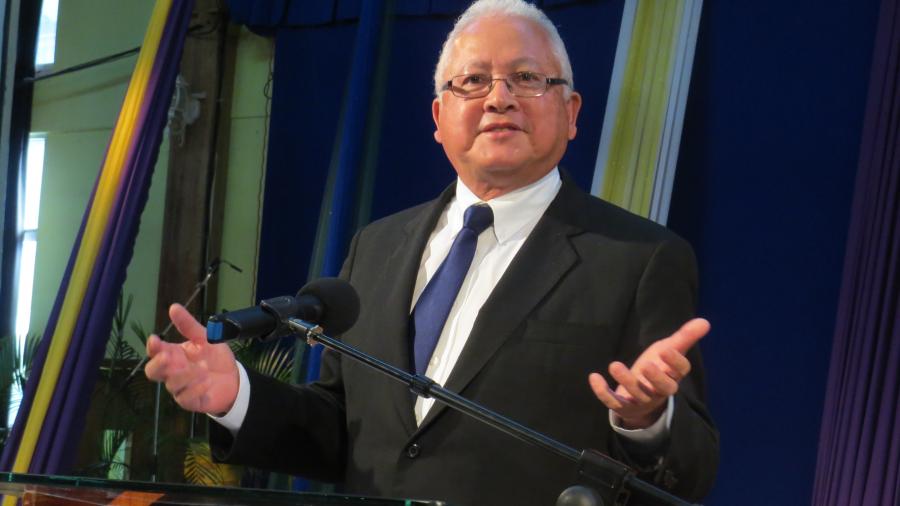 Jamaica, October 2, 2019 – Brief for the Honourable Minister of Justice on the Report of the Joint Select Committee appointed to complete the review of The Sexual Offences Act along with the Offences Against The Person Act, The Domestic Violence Act and The Child Care and Protection Act.

Members of this Honourable House will recall that in December 2018, the Report of the Joint Select Committee which reviewed the Sexual Offences Act, inter alia, was tabled in this House.

The Report discloses that the Committee:

1. Reviewed the Sexual Offences Act pursuant to section 41 of the said Act, which provides that it must be reviewed within five years of its date of commencement;

2. Considered and reviewed the Offences Against the Person Act, the Domestic Violence Act and the Child Care and Protection Act, with particular emphasis on the offences and punishment under these legislation with regard to:

a. The murder of pregnant women;

b. The assault of women, children and the elderly;

c. Sexual offences against women, children and the elderly;

d. Such other violent crimes against women, children, the disabled and the elderly as may be deemed necessary for the review.

3. Made recommendations for legislative amendment, not restricted to the stated legislation under review, for the better administration of justice and the effective protection of these special groups, as the Committee deemed necessary.

MS, I must remind this House that the review of the legislation under the Report originally arose from a Private Members Motion tabled in 2013 by then Opposition Senator Johnson Smith. This motion received unanimous support from both sides of the Senate. Consequently, a review of the four Acts was undertaken by a previous Committee in 2014, which was unable to complete its work prior to the general elections held in 2016.

The last Committee commenced deliberations on January 18, 2017 and held a total of nineteen meetings (19), with the last meeting being held on December 6, 2018.

The Committee having heard numerous submissions from the various stakeholders (government, civil society, NGOs and other special interest groups), made certain recommendations, some of which are set out below:

was determined that the Committee did not have the power effect that amendment and the matter should properly be considered by Parliament. MS, this government has given its commitment to invoking a referendum on the matter, however, I am urging my colleagues in this House to carefully consider the issue and make their recommendations. The same considerations apply to the issue of abortion.

MS, the Committee also recommended that it should be a criminal offence for someone to willfully or recklessly infect a partner with any sexual transmissible disease that can inflict serious bodily harm to that partner but like the issue of abortion it should be considered by Parliament as a whole.

MS, the intention is to clarify the law by codifying the common law position. I recently received a position paper from the National Family Planning Board which is opposing the view that the law should be amended to provide for the specific offence of willful transmittal of an STD. Copies of this paper will be made available to this House for your consideration.

MS, section of 5 of the Sexual Offences Act provides that certain conditions must be met before it is determined that a husband can rape his wife. The Committee recommended that those conditions must be removed to retain one qualification for rape, that is non-consensual sex.

3. SEXUAL OFFENDERS ABROAD TO BE REGISTERED

The Committee recommended that it must be made mandatory for sex offenders who have relocated or returned to Jamaica register in the Sex Offender Registry in Jamaica. Failure to register will constitute an offence which may be punishable by imprisonment. Further,

4. AGE OF CONSENT AND CLOSE IN AGE PROVISION

The Committee was of the view that the age of consent should remain at 16 years and a provision should be included in the law to prevent the criminalization of children where they willingly engaged in sexual activities with each other.

Accordingly, it was agreed that:

i) There should be a close-in age range of four years for the exception to apply;

ii) where both parties are under 17 years old, they would be sent to Child Diversion or dealt with by such other order under the Child Care and Protection Act;

iii) in respect of children under the age of 12 years old, (who cannot commit an offence under the law), provisions should be included in the Child Care and Protection Act that allows the Children’s Court to make an appropriate order; and

iv) for persons up to the age of 19 years, the options would be, counseling, probation or other available remedy.

It has been recommended that the penalties for offences in all four pieces of legislation should be reviewed and increased to make them a deterrent. This is particularly where the criminal acts are committed against the most vulnerable groups in the society. Such offences will be treated as an aggravating offence which may attract an additional penalty, for example a mandatory minimum of 20 years.

6. THE NEW OFFENCE OF STALKING

It is also recommended that a new offence of stalking should be created.

The Committee recommended that the Domestic Violence Act should be amended to provide for enhanced protection orders which would provide a range of remedies.

Accordingly, the Committee was of the view that a separate, Joint Select Committee of Parliament should be established to carry out a comprehensive review of the Act on its own, to ensure that the legislation as well as the institutional and social framework necessary for the successful implementation of all aspects of the legislation could be dealt with.