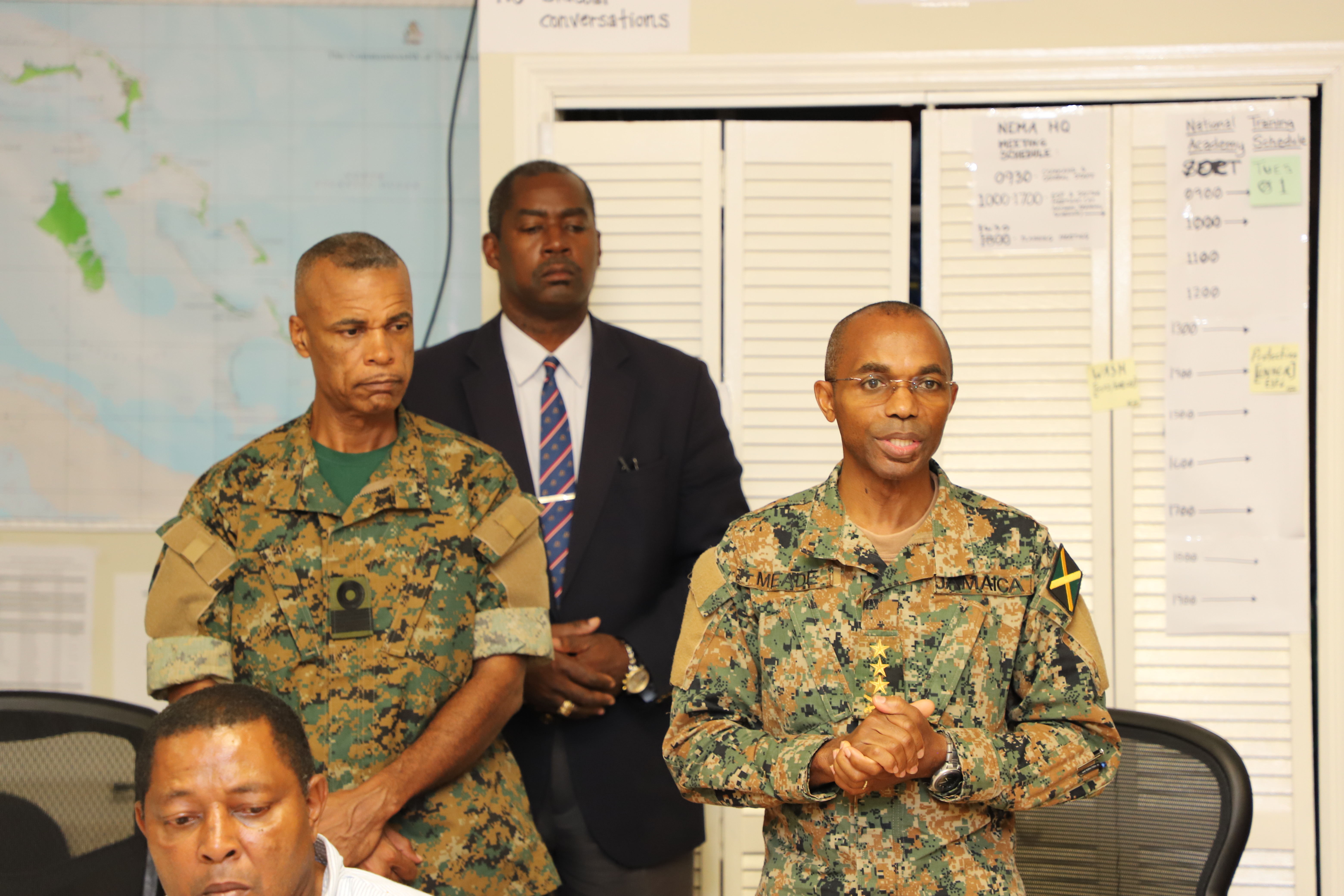 Coral Harbour Base, October 4, 2019 – Bahamas Lieutenant General  Rocky Meade, Chief of Defence Staff of the Jamaica Derence Force visited the capital and the island of Abaco on October 1, 2019.

During his visit, Lieutenant General Meade was welcomed to New Providence by the Commander Defence Force, Commodore Tellis Bethel before proceeding to Abaco where he visited members of the Jamaica Defence Force, who were deployed to that Island as part of the Caribbean Community’s (CARICOM) contribution to the hurricane relief effort in the northern Bahamas in the aftermath of Hurricane Dorian.

During his visit to Abaco, Lieutenant General Meade visited the 119-member Jamaica Defence Force contingent on that island and viewed the work they were doing. He gave words of encouragement to his men, who had contributed immensely to the relief efforts by assisting with distribution of supplies, major clean-up of the Leonard Thompson InternationalnAirport, damage assessments, bridge and building repairs.

Lt. General Meade was taken on a brief tour of the hurricane damaged areas and also took the opportunity to meet with Commander Henry Daxon, the RBDF Commanding Officer of Northern Command.

Back in the capital, Lt. General Meade met Captain Steven Russell, the Director of The Bahamas National Emergency Management (NEMA) at NEMAs Headquarters on Gladstone Road, where he was introduced to disaster relief coordinators at the National Emergency Operations Center
and attended their afternoon brief.

He was then treated to a reception at the Coral Harbour Base by the RBDF Officer Corps where Commodore Bethel expressed heartfelt appreciation on behalf of The Bahamas Government, the people of The Bahamas, the members of the Royal Bahamas Defence Force and himself for the outstanding work that was done by the Jamaica Defence Force  contingent. Lt. General Mead also spoke briefly on his visit to Abaco, and assured that his country will continue to assist The Bahamas in its recovery efforts in any way possible.