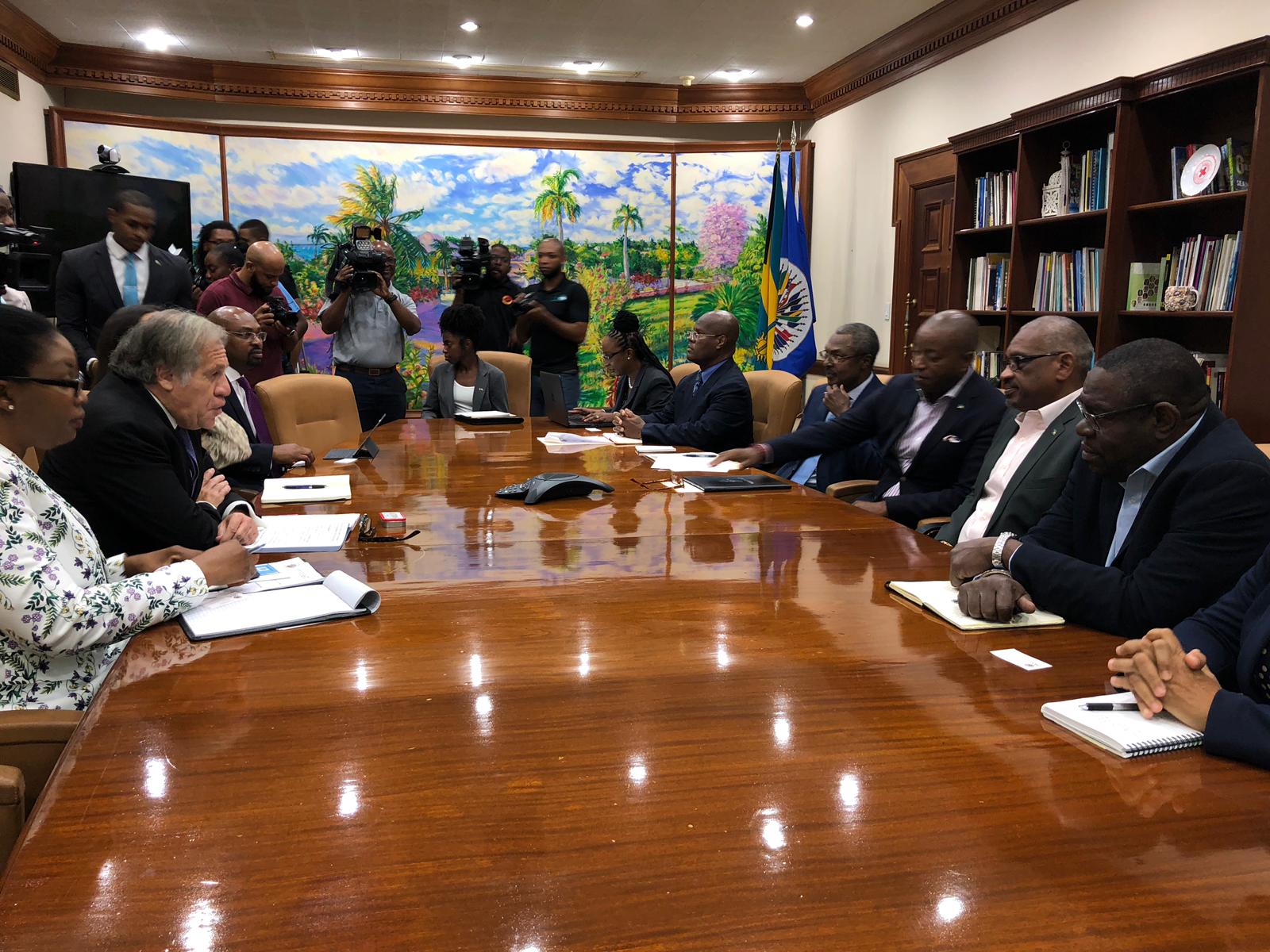 #Nassau, October 19, 2019 – Bahamas – Secretary-General of the Organization of American States (OAS), Mr. Luis Almagro, congratulated Prime Minister the Most Hon. Dr. Hubert Minnis on the Government’s leadership and response to Hurricane Dorian, during a courtesy call at the Office of the Prime Minister on Friday 18 October.

The Prime Minister and Secretary-General Almagro discussed Hurricane Dorian recovery and reconstruction efforts on Abaco and Grand Bahama, including the importance of adopting a renewable energy strategy as the country rebuilds with greater resilience.

The Secretary-General invited Prime Minister Minnis to make a presentation to the OAS Permanent Council on Hurricane Dorian’s impact on The Bahamas in an effort to bring awareness to its member states and the wider global community.

The Prime Minister thanked Secretary-General Almagro and his team for their visit and interest in continuing to help The Bahamas.

The OAS has already donated $25,000 to the Hurricane Dorian relief effort through the National Emergency Management Agency (NEMA). A number of OAS member-states have also offered support and financial assistance.

Columbia offered technical and financial assistance, and the United States Government was instrumental in providing emergency rescue and evacuation assistance through the US Coast Guard.