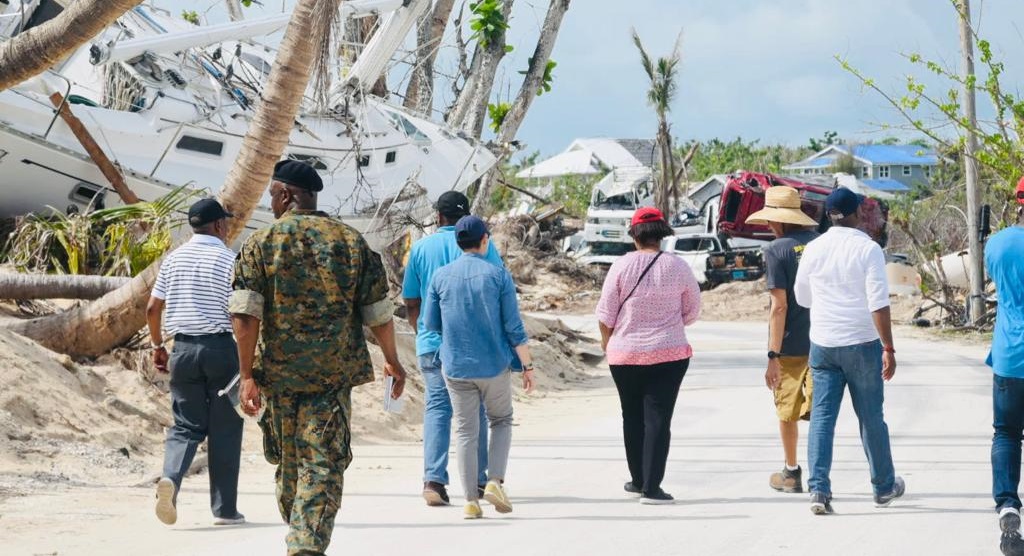 #Nassau, October 22, 2019 – Bahamas – A series of tours in hurricane hit, Abaco have given rise to a strategy which The Bahamas Prime Minister on Tuesday announced…. It includes ensuring government is re-established firmly and securely on the ground first so that rebuilding can begin.

Prime Minister Dr Hubert Minnis visited some of the more devastated Abaco Cays including Man o War Cay and Hope Town.  Once picturesque islands, the now pounded cays are among the Bahamian settlements on the road to recovery.

Media learned, hundreds of government personnel is to be deployed from every ministry and major agency to coordinate and to help with Hurricane recovery and reconstruction.

The Royal Bahamas Defence Force has established a container city, informed PM Minnis, which is located in Dundas Town.  From the base, 700 meals per day are being prepared for Defence and Police Officers, and other government workers.  The reverse osmosis plant produces 1,000 gallons of water daily and there is a clinic and living quarters.

Four contracts for debris removal have been awarded and work has started in the capital of Abaco, Marsh Harbour which includes shanty towns where the debris is being sorted for proper disposal.

Once debris is cleared, the rebuilding will begin.

Minister of State for Disaster Preparedness, Management and Reconstruction, Iram Lewis, explained areas for clean-up are first-checked for bodies using cadaver dogs; bodies – if found – will be removed before heavy equipment is brought in.

Bahamas Power & Light, BPL is getting help from the Caribbean’s CARILEC to rebuild the electricity infrastructure destroyed in the September hurricane, the biggest job is getting Marsh Harbour back on line.