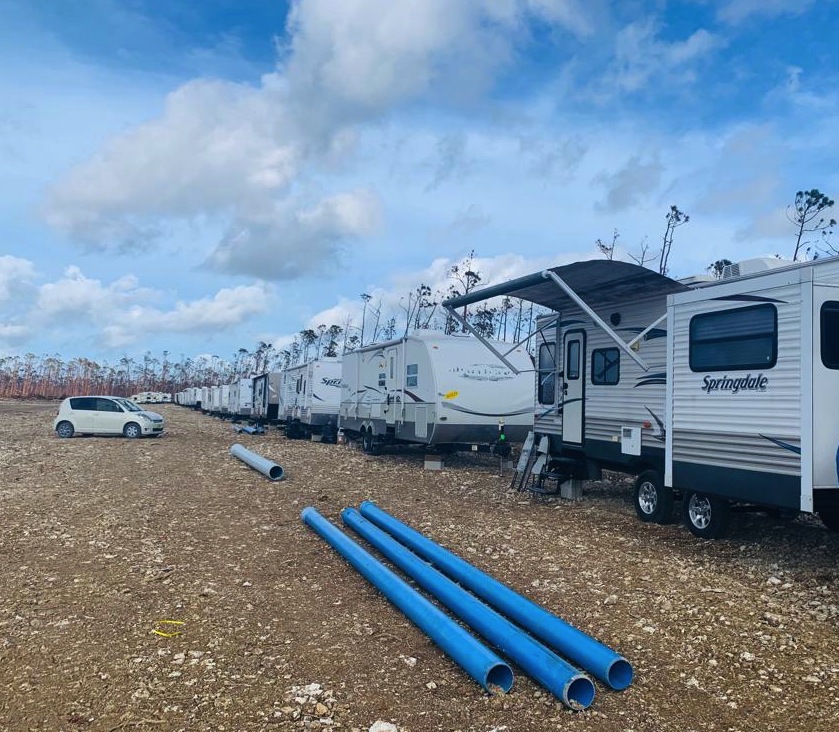 Marsh Harbour, AB, October 22, 2019 – Bahamas – Prime Minister the Most Hon. Dr. Hubert Minnis assessed the progress of the Government’s clean-up plan for Abaco as part of a three-day visit to the island at the weekend.

The Government is executing its clean-up plan on Abaco through the ministries of works and the environment, and is exploring specific partnerships with international organizations such as the United Nations Development Program (UNDP) and the Samaritan’s Purse organization.

The Ministry of Works has already awarded four contracts for debris removal, and clean-up on the mainland has begun, including in the Marsh Harbour area.

The island and surrounding cays will be divided into zones and a phased approach will be taken to the removal and disposal of storm debris, said Prime Minister Minnis.

“The removal of debris is part of the first phase of the reconstruction effort,” said Prime Minister Minnis. “Once the debris has been cleared the rebuilding process can begin.”

At the Sandbanks, a former shantytown, debris has been cleared and is in the process of being sorted for proper disposal.

Minister of State in the Ministry of Disaster Preparedness, Management and Reconstruction, the Hon. Iram Lewis, explained that any area identified for clean-up is thoroughly checked for bodies using cadaver dogs, and must be cleared before heavy equipment can be brought onto the site.

Clean-up of residential areas is expected to begin later this week.

The Prime Minister, Minister Lewis, and Minister of Foreign Affairs and North Abaco MP, the Hon. Darren Henfield, were among a group of Government officials who spent the weekend in Abaco to assess recovery and reconstruction efforts, including security, the progress of the temporary housing program for Government workers and Abaco residents, and clean-up efforts.

Land for the site of the Family Relief Center has been cleared and the necessary infrastructure material has arrived on the island. RV trailers to house workers who will construct the 250 domes are also on site.

While in Abaco, the Prime Minister also met with members of the Abaco Chamber of Commerce to discuss how the business community can assist in rebuilding the island.

We are making progress, but we have a mammoth task ahead of us,” said Prime Minister Minnis. “It will take time to rebuild but we will rebuild better and stronger than before.”