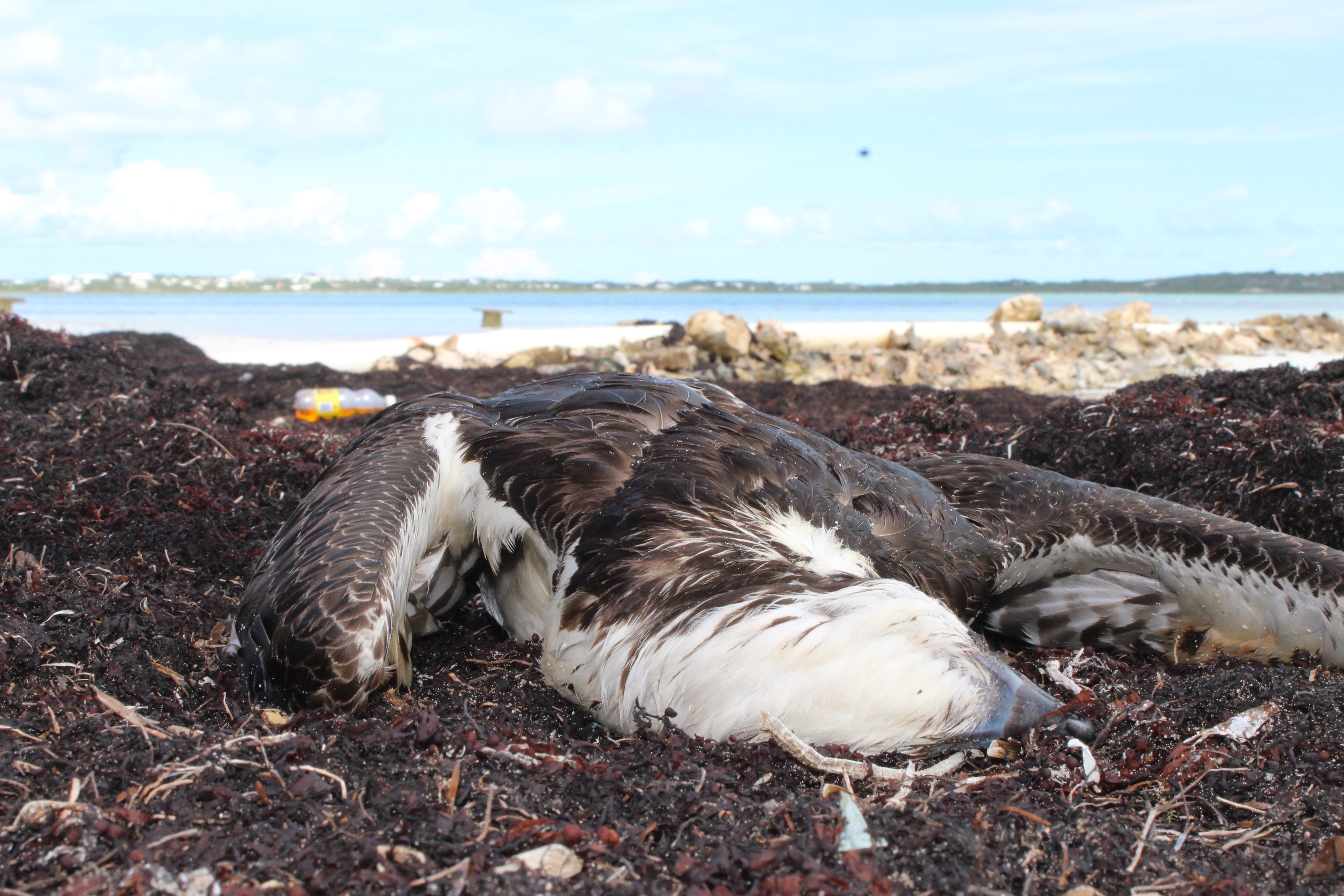 #Providenciales, September 26, 2019 – Turks and Caicos – Amidst the smelly sargassum heavily blanketing the south side of Five Cays beach was a startling sight for me today; a dead Osprey.

The majestic bird which is described by some as a master of the air, was far from its usual high perch as it lay motionless with no obvious signs of what caused its death.

I have already reported the find to the Department of Environment and Coastal Resources.  The Deputy Director and an Environmental Officer both expressed shock at my strange discovery.

It is expected the bird will be retrieved and tested to determine what could have happened and if the cause of death points to any significant environmental concern or threat.

Ospreys, I have this afternoon learned, are a unique creature.  Found everywhere in the world and numbering in the Americas around 460,000 birds; the fascinating fishers are deemed one of conservation’s success stories.

No longer are they endangered; Encyclopedia of Life and others classify the Osprey as a bird of prey and an animal of ‘Least Concern’ because its numbers are growing.

For us, in the Turks and Caicos Islands however, the Osprey is cherished among our migratory birds and this matter is of great concern.

Magnetic Media will follow up with our DECR on the cause of death.