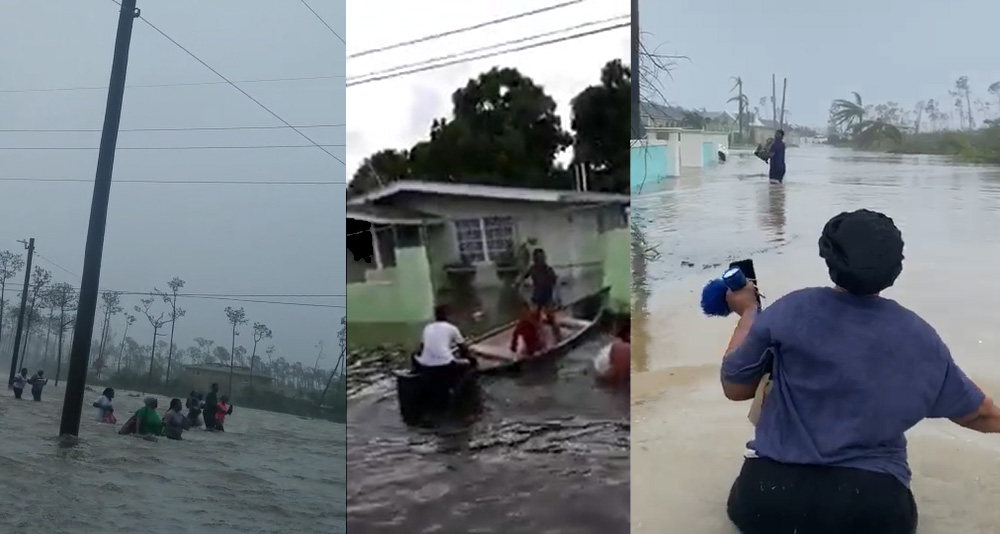 #Freeport, Grand Bahama, The Bahamas – September 3, 2019 – Hurricane Dorian is more than a monster; it is a hurricane from hell which is trapped over Grand Bahama as it continued to lash the island with violent winds and a killer storm surge.

Kenneth Lamb is a blogger and has written for the New York times, Miami Herald and St Petersburg Times, he spoke as a weather expert in a vernacular not uncommon to Bahamian people as he was interviewed on Nassau-based, Eyewitness News.

“Never before, has anybody on earth seen this occur in the Atlantic Ocean.  What you (The Bahamas) is going through is straight from the gates of hell.  There is no other way to explain it.”

Lamb, like other meteorologists reporting on the historic scenario playing out with Hurricane Dorian explained that the now Category 3 hurricane is caught between two forces.

“What has happened is, it is stuck between two competing forces trying to drive it.  You have one on the east side of the storm which is a high-pressure system that before had actually been pushing it to the west; that collapsed because you can’t see it on the map, but there is a dip in the Jetstream – called a trough – that is coming down to Tennessee  now and it is gonna be at Georgia shortly and it caused that high pressure system to move towards the east and it stopped steering the hurricane.”

For the past 33-hours Grand Bahama has been hammered by this ferocious storm, with its 23-foot surge forcing thousands to flee their homes and shelters as every quarter of the 96 by 17-mile island is inundated with water.

“…this is the worse I’ve ever seen this in my entire life.  Grand Bahama is basically underwater,” said Tammi Mitchell, volunteer at the Emergency Operations Center in Freeport, Grand Bahama.

In his explanation on the series of weather events which have essentially trapped hurricane Dorian over the islands in the Northwest Bahamas, Kenneth Lamb said, “To the west of the hurricane, on the other side of Florida, you have what is becoming a tropical depression.  It has about a 70 percent, 80 percent chance of being a tropical depression within the next 48 hours.  And it is also pushing from the southwest, keeping it there.  As the hurricane sits there, it will continue to lose some speed because what happens is, it is the warm hot waters off of the gulf stream that have been feeding this hurricane to give it the pop the way it did.”

Hurricane Dorian, if some forecasts hold firm, will continue to sit over the island for 18-24 hours.  The Bahamas Department of Meteorology has however informed that Hurricane Dorian moved slightly north of Grand Bahama and will begin moving away from The Bahamas later this morning.