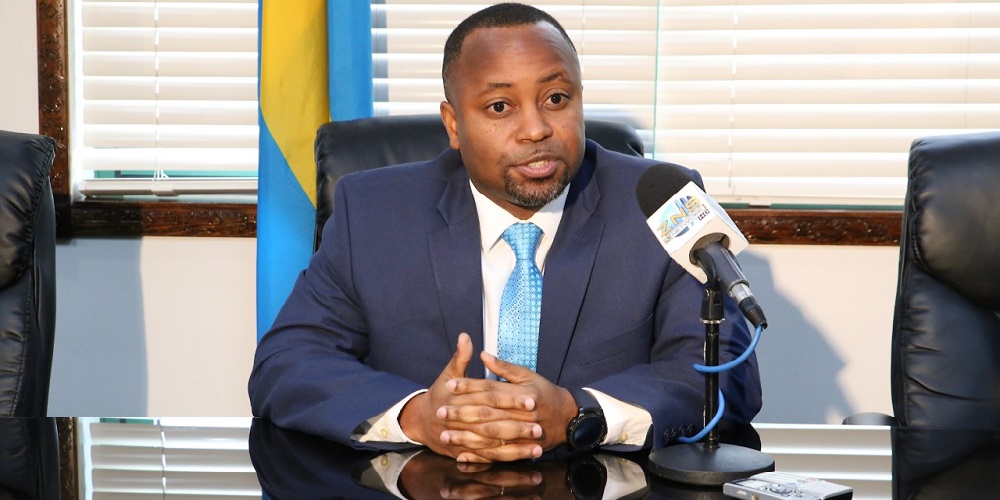 #Freeport, GB, September 19, 2019 – Bahamas – Residents of Grand Bahama were told the announcement and signing of a Heads of Agreement between the government of The Bahamas and Carnival Cruises will be held in the near future.

Minister of State for Grand Bahama, Senator the Hon. Kwasi Thompson announced on Monday, September 16, during a press conference at the C.A. Smith Building that, following the Memorial Service and National Day of Prayer on Wednesday for the victims of Hurricane Dorian, the significant step will take place.

He said, “I’d also like to make the public aware as well that the two major projects for Grand Bahama, the Carnival Cruise Port and the Royal Caribbean and ITM negotiations with respect to the Grand Lucayan, we wish to confirm that both partners have been in contact with the government and have been on island and have confirmed their commitments to proceed with those developments.

Negotiations are continuing this week and next week with respect to Royal Caribbean and ITM, and as of after the memorial and the Day of Prayer, then the Carnival announcement and the Carnival signing of the HOA will proceed.”

Minister Thompson also advised of the status of government offices on the island, which just over two weeks ago was ravaged by Category 5 Hurricane Dorian. He applauded the efforts of those, who suffered significant damage yet worked tirelessly throughout the storm and continue to do so.

The Office of the Prime Minister is open to the public and operates from 9am to 12 noon.

The Department of Social Services, Urban Renewal, Local Government, Customs Department, Immigration, the Police and Defence Force and the Passport Office are all functioning, and representatives are at the Emergency Operations Centre (EOC) in the C.A. Smith Building.

The Ministry of Tourism is operating from their office in Fidelity’s Building from 9am to noon.

ZNS is open and functioning from their office in the Harold DeGregory Building.

Those persons who need to apply for unemployment benefits should contact a representative of the National Insurance Board located at the EOC.  The Labour Department also has a representative present.

The Ministry of Works is open and functioning and can be contacted at the EOC.

The Housing Department and Mortgage Corporation, Consumer Affairs, the Attorney General’s office, BTVI, BAIC, and the Post Office are not functional but are in the process of getting their offices up and running.  An update will be given shortly as to when these offices will be functional.