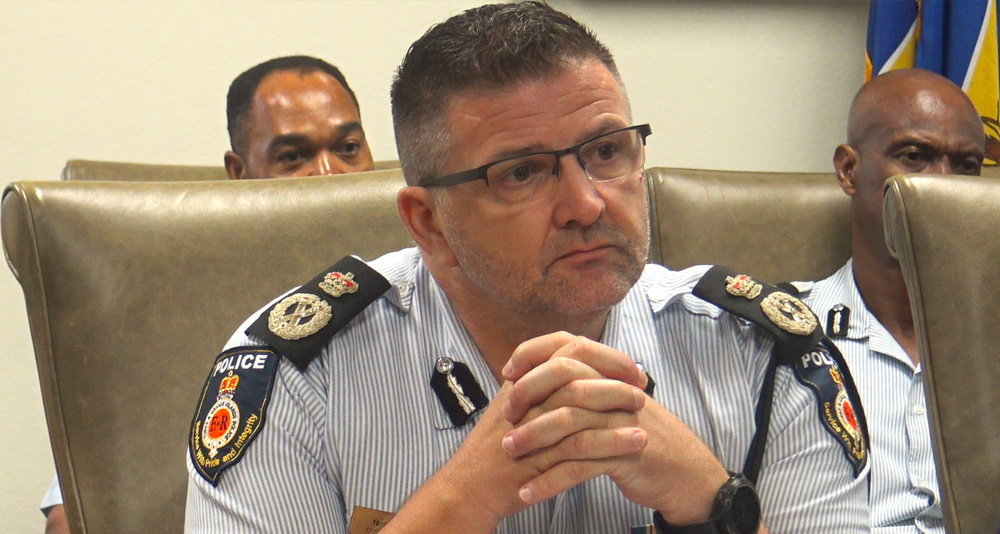 #Providenciales, September 13, 2019 – Turks and Caicos –Community Policing in the Turks and Caicos has been dormant for roughly three years but it is poised to make a vigorous comeback said Police Commissioner Trevor Botting.

“We have to form and enhance our relationship with the community and build trust and confidence.  And this will be done over the coming months with the introduction of community policing.  We are absolutely committed to putting officers back into the community to form that relationship.”

To add to the experiences between civilians and members of the Police Force, there will be training for these men and women in uniform.

“We are also committed to developing the leadership of the Force, for all levels through the Force. We need to invest in our staff to get people to be the best they can be.”

The Police Commissioner said he is confident the training will bring improvements in service and heighten trust.

“We are going to enhance the service we give to our victims.  In itself, a very positive and tangible way to build trust and confidence in policing.”

The news conference was held jointly at the Office of the Premier in Providenciales with Governor Nigel Dakin and Premier Sharlene Robinson; there was immediate commitment by the government to build police numbers and 20 new officers are to be recruited and trained.