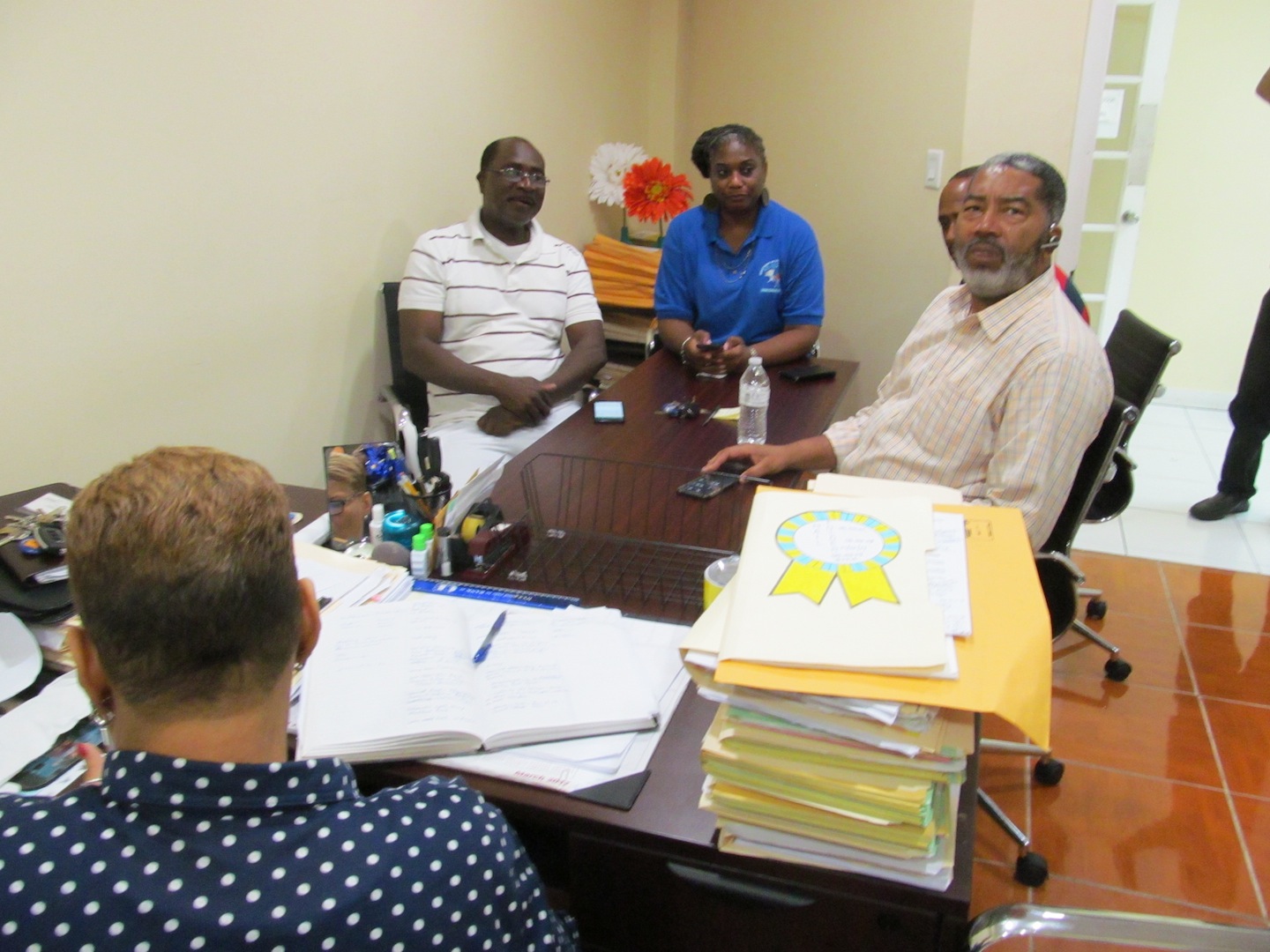 #Nassau, September 4, 2019 – Bahamas – Officials at the Department of Social Services, Ministry of Social Services and Urban Development, have been stockpiling emergency supplies since Friday (August 30) ahead of the massive relief effort expected to be undertaken in the Northern Bahamas in the wake of the monster Hurricane Dorian.

Minister of Social Services and Urban Development, the Hon. Frankie A. Campbell, who gave the mobilization order more than 96 hours ago, said statistics from the 2010 Survey conducted by the Department of Statistics, indicate that more than 73,000 persons and 20,000 homes could be impacted by Dorian which battered islands of the Northern Bahamas as a Category 5 Hurricane – primarily Grand Bahama and Abaco.

Minister Campbell said Social Work staff across The Bahamas have been placed on full alert in order to facilitate the role of management of the relief effort in the Northern Bahamas, once the initial assessments have been completed and the ‘all clear’ has been given for Emergency Responders to safely operate in the impacted areas.

“This is a massive and unprecedented relief and recovery effort solely because Dorian turned out to be a mammoth and unprecedented Hurricane,” Minister Campbell said. “But despite its status, the reality is that we are going to have to hit the ground running, working in conjunction with the National Emergency Management Agency (NEMA) and our other partners to ensure that our response is immediate, efficient and effective.

“Emergency packages have already been put together by staff of the Department of Social Services for the affected islands and include food items, canned goods, non-perishable items, water, hygiene supplies – things that we know our people will need in those first few hours, first few days.

Minister Campbell said based on the sample size of images on the potential extent of the damage caused by Dorian: “it is almost certain that there will be a significant housing need.” He said government planners will make determinations as to whether temporary shelters can be housed on the impacted islands, or transported elsewhere for shelter.

“For those who have no family or friends to take them in, we are going to have to extend shelter in the short term and then move into our mid-to-long term plan.”

Minister Campbell said the Ministry and its various Departments and Divisions, are “absolute” in giving its best duty with regards to the role they will be required to play as part of the overarching response to Hurricane Dorian

“As I always indicate, we are a part of the before, during and after team. We would have started our preparations before the Hurricane Season approached, identifying shelters, putting teams in place and working along with the National Emergency Management Agency (NEMA) as an Emergency Support Function (ESF). All of the respective islands affected by the Hurricane had their shelters and shelter teams in place.

“The second phase of our role would be the ‘during’ which would cover shelter management; although some of the buildings were compromised as a result of the unprecedented magnitude of the Hurricane, we were able to successfully transfer them [persons] to other secure spaces. Persons who made their way to our shelters, we can account for them and they were cared for.

“But while we still have people in shelters, you would see that we are also preparing for the next phase — which is the aftermath,” Minister Campbell said.