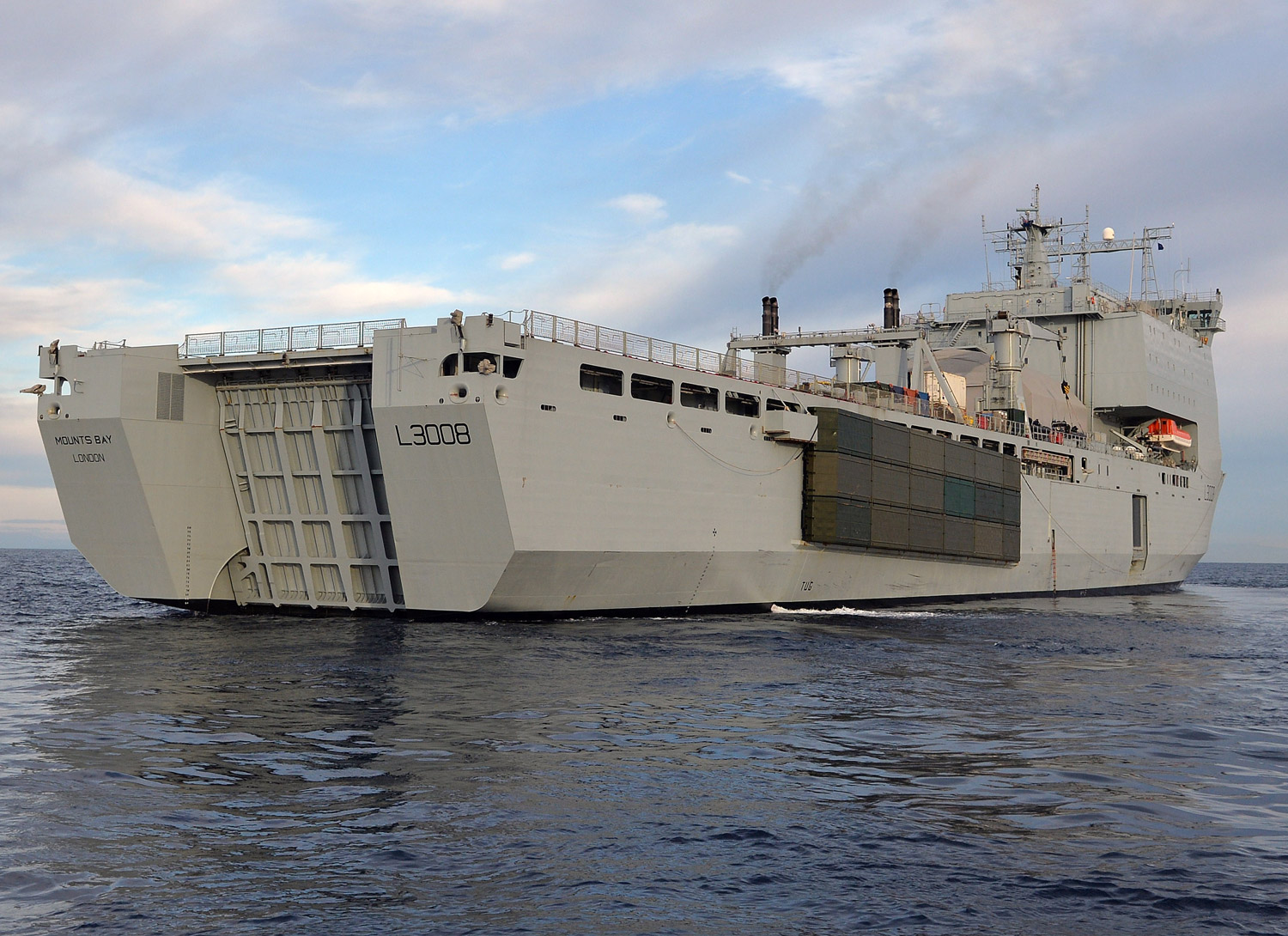 #Bahamas, September 2, 2019 – The British Royal Navy auxiliary aid ship, RFA Mounts Bay, has been deployed to offer support during Hurricane Dorian, according to the Ministry of Defense press office. The ship is ready to assist if help is needed in the Bahamas.

“A British support ship is heading to the Bahamas to be ready to respond to Hurricane Dorian. RFA Mounts Bay is equipped with specialist personnel, stores, and transport as well as a Wildcat helicopter, and has been in the region since June preparing for hurricane season. It is designed to land Royal Marines and their equipment during amphibious operations.

The Category 5 storm’s top sustained winds decreased slightly to 170mph as its westward movement slowed, crawling along Grand Bahama island early on Monday in what forecasters said would be a day-long assault.

Forecasters said Dorian was most likely to begin pulling away from the Bahamas early on Tuesday and curve to the north-east parallel to the US Southeast seaboard.” RFA Mounts Bay@RFAMountsBay