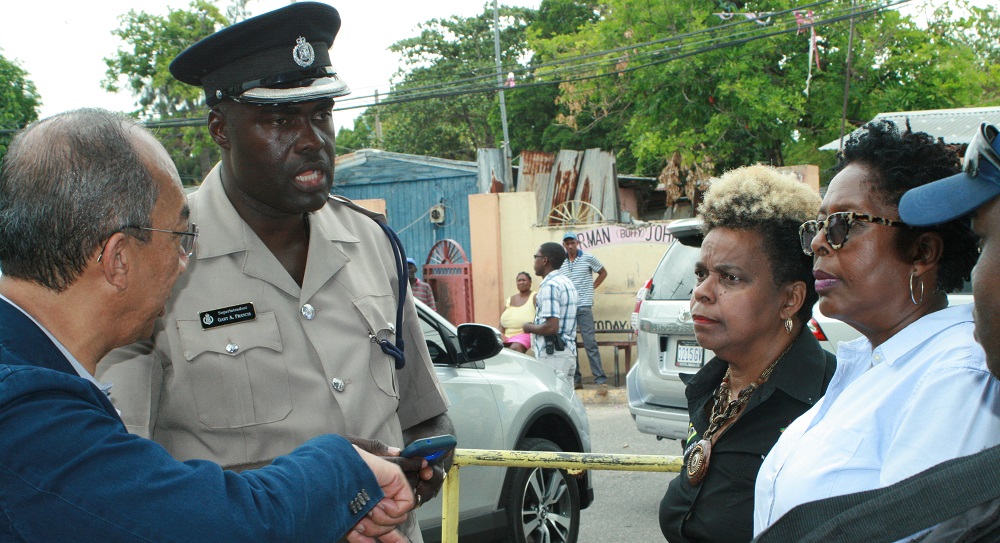 #Kingston, August 5, 2019 – Jamaica – National Security Minister, Hon. Dr. Horace Chang, says there has been a significant reduction in murders in the South Andrew Police Division since the imposition of the State of Public Emergency (SOE).

The SOE was declared by Prime Minister, the Most Hon. Andrew Holness, on July 7 to curtail the high level of crime plaguing communities in the Division, particularly murders which soared to 94 at the time.

Dr, Chang, who toured the area on Friday (July 26), noted that while 21 persons were killed one month prior to the SOE, its introduction has brought a level of stability across the Division.

“For the last three weeks, we have had a significant fall-off; it means that some 20 persons’ lives have been saved. That is the mission of a State of Emergency,” he said while speaking during a press conference at the Majesty Gardens Infant School.

Dr, Chang said he visited to view key social intervention sites and engage with community stakeholders on issues related to targeted youth violence prevention, the creation of safe community spaces, and opportunities for community development.  He said work will continue with increased provision of social services, and engagement with the broader community to upgrade facilities in the area.

Dr. Chang said while it is the Government’s job to ensure “safety for all Jamaicans”, residents must play their part in this effort.

“The SOE will go, but we will leave a stronger [community where] you feel better, and take pride in yourself,” he said.

Dr. Chang was accompanied on the tour by representatives of social intervention programmes in the Ministry, the Jamaica Social Investment Fund (JSIF), and the Jamaica Constabulary Force (JCF).

Meanwhile, Member of Parliament for South West St. Andrew, Dr. Angela Brown Burke, who was also on the tour, told JIS News that residents of the communities appreciate the presence of the security forces, adding that “they are pleased to be able to come out on the roads, and walk without fear”.

This, she pointed out, has been greatly enhanced by the installation of several street lights and repairs in the area, while further noting that they are cooperating and anticipating further infrastructure upgrades.