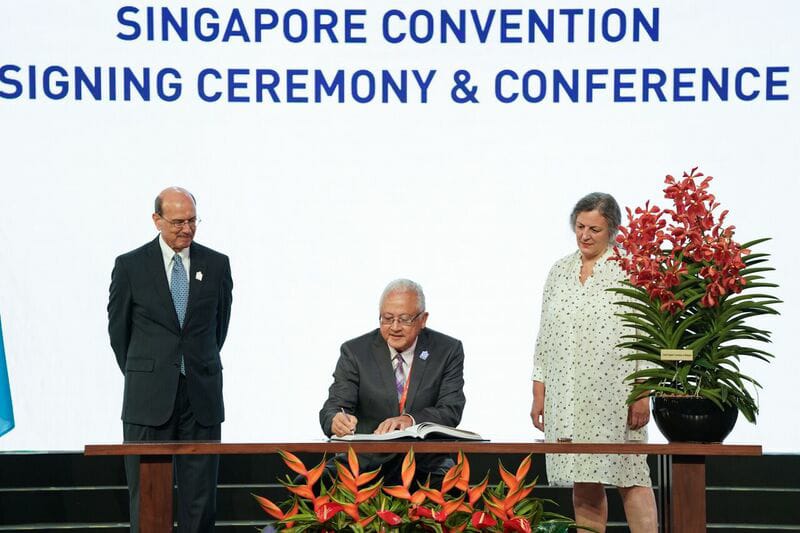 Singapore, August 11, 2019 – Jamaica is now a signatory to the Singapore Convention on Mediation which is more formally known as the United Nations Convention on International Settlement Agreements Resulting from Mediation.

Justice Minister, Delroy Chuck represented Jamaica at the signing ceremony for the Convention as well as the High-Level Conference on August 7, 2019 in Singapore. The Justice Minister noted that the adoption of the Convention will allow for greater use of mediation by businesses to settle cross-border commercial disputes and stabilize trade relationships.

“It is widely known that Mediation is a significantly important form of dispute resolution which has the ability to achieve mutually acceptable solutions and preserve commercial relationships, while saving time and costs”, Minister Chuck highlighted.

The Convention has been designed to become an essential instrument in the facilitation of international trade and in the promotion of mediation as an alternative and effective method of resolving trade disputes. As a result, mediated settlement agreements will be enforced more readily by the Courts of contracting parties to the Convention and may also be invoked by a party as a defence against a claim.

Some 46 countries became signatories to the Convention including the United States of America, China, India and other countries which represent more than three quarters of the world’s population.