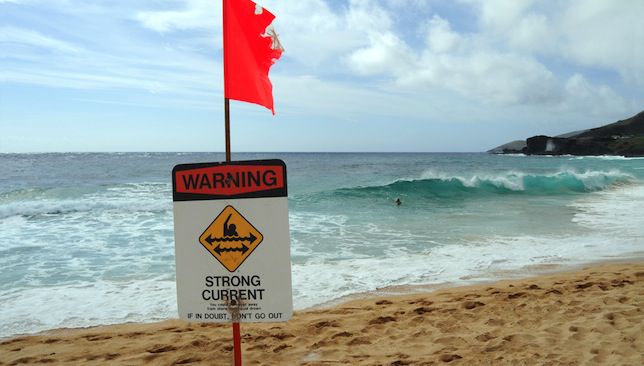 #Providenciales, August 7, 2019 – Turks and Caicos – A first of its kind tragedy for Middle Caicos will likely accelerate the process of getting more signs and warning notices erected in high traffic tourist spots around the country, but signs will not guarantee public safety reminded the government minister responsible.

“Provisions were made in this year’s budget and there is a procurement process that must be followed but in light of what has happened yesterday, affecting service in the islands that the process would speed up; I would certainly welcome that and certainly encourage that.”

A statement yet again exposing that national needs are frustrated by the molasses-paced of the notorious, Procurement Process.

Minister of Tourism and the Department of Coastal Resources, also the Member of Parliament for North and Middle Caicos, Ralph Higgs spoke today to Magnetic Media; ironically following the unveiling of new ‘hospitality’ signs in down town Providenciales.

“I want the public to know, that we must, when we go out and enjoy nature, we must always be reminded and mindful that while nature is as good as it gets, it has an unpredictable side to it.  So, we must be cognizant of our environment, we must respect nature and go about enjoying it.”

Three adults were caught up in a quick-rising tide, often tricky current and are believed to have drowned, leaving two young girls – their daughters – on the beach, shocked and devastated by the ordeal.

Empathy for the family rang out across the Turks and Caicos, as residents learned of the tragedy befalling the group of Americans who were on a day trip from Providenciales to the country’s largest island, Middle Caicos.

There were also words of thanks from Police Commissioner, Trevor Botting, who said: “I speak on behalf of the Force Executive Team and indeed the whole Force when I say we are proud of the response of the Marine Branch Officers, officers on Middle Caicos, other officers that attended from the sister Islands and those officers who assisted from afar in the 911 Centre and the Silver and Gold Commander who all did everything possible to assist those in trouble. I must also point out the efforts of the District Commissioner for the Island of Middle Caicos Mr. Fredrico Johnson, your acts of leadership speak volumes, and the local community who also assisted.”

“Very sadly, but this is the first time something this tragic has happened on any of our beaches.  So clearly there will be stepped up attention and we encourage the public to pay attention to the signs and notices.  There can be an unpredictable side of nature.  For example, you go out and the tide is low and you come back and the tide is high.  You go out and the wind is blowing from one direction that may have aided your travels, but on the way coming back the wind has changed and that impedes your travels.  So we must always be mindful of these things, advise people of our journeys so that they will know where we are and have an idea of what we are about, and when we can be expected back; that certainly helps the process as well, but we are deeply, deeply saddened about the events of yesterday.”

Minister Higgs cautioned residents that not all beaches will have signs or warnings posted.