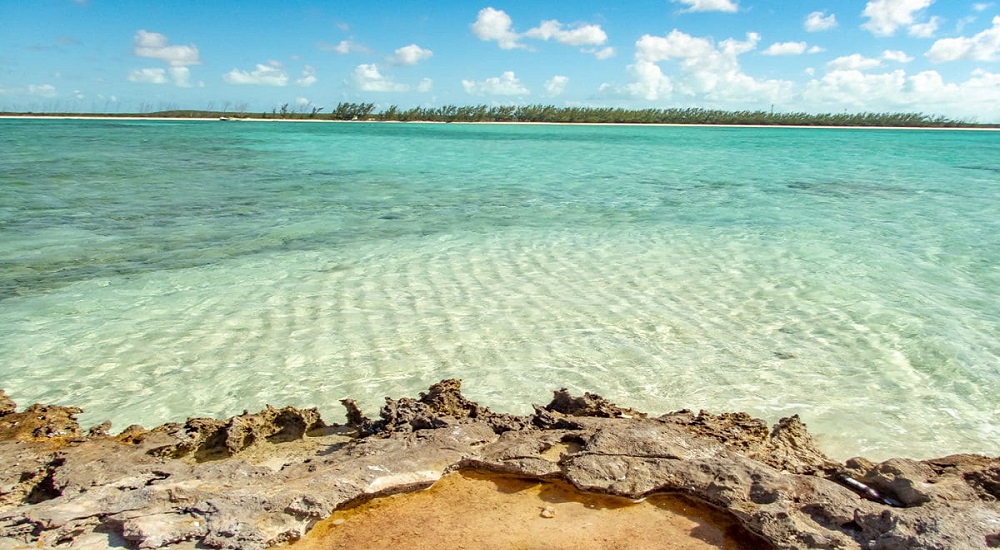 #Providenciales, August 6, 2019 – Turks and Caicos – pThe party of five travelled from Providenciales, rented a vehicle and drove to Middle Caicos where they expected to enjoy the picturesque, Bambarra Beach.

The group of two men, one woman and two girls could not know that there was danger lurking in a quick moving tide, fueled by the windy conditions and a new moon on Monday.

Many surmise that it was an innocent attempt to conquer the distance between Bambarra Beach and popular, Pelican Cay which led to such a horrible ending for the families.  It is an unimaginable tragedy which has left two people drowned, one man still missing and a pair of young girls, mortified.

An eight-year Middle Caicos resident and Baptist pastor on the island spoke to Magnetic Media via cell phone.  Reverend Evan Williams, shortly before 9 p.m. on Monday explained that he was just leaving the area where the search was suspended and two bodies were found, released and on the way to Providenciales.

The woman, whose body was located first, was described by Police as a 34-year-old.  The mother of one of the girls was washed ashore soon after the incident, said to have happened around 1 p.m.

A second person – a man- was found around 4:30 p.m on Monday, said Rev Williams.  The body was discovered after searchers walked the beach for miles; he too was washed near the shore and it is unclear of his relation to the deceased woman.

Reverend Williams said there were two fathers, that the two girls were not sisters and so this was two families having to cope with this incredible tragedy.

It is unclear what exactly happened to cause the three people to be swept away in the surf, but residents of these islands which are seeing a surge in tourism say more needs to be done to ensure visitors are safer.

“We are grateful for the improvements and grateful for the attention we are getting here in Middle Caicos.  Bambarra Beach really attracts a lot of tourists.  We need to offer our guests more safety, especially as we sell eco-tourism.  It is the ‘thing’ and we owe it to them to ensure our visitors are kept safe.”

Rev. Williams is concerned that the flood of guests is coming without proper safeguards and he suggests that having guards would create employment opportunities for the 200 residents of Middle Caicos.

“I will be speaking to the authorities about signs and warnings so that guests know how to behave.  Our beaches are lovely and they are also lonely and it can make guests feel they can do anything.  It is challenging as people are coming and they are being left on their own.”

A rescue team for the twin islands of North and Middle Caicos is also essential, believes Rev Williams who volunteered in Monday’s search and rescue.

“Returning tourists is what we really need so we really ought to do our best to protect them; everything cannot be centered around Provo and we need to take better care of the islands like North and Middle and we need to have people on that beach constantly; every day.”

One idea is to expand tour guides to be of service at more than the Middle Caicos Caves and make guides mandatory, with some kind of compensation.  The Baptist Union pastor of the Mt Moriah, Bethel and Mt Hermon churches in Middle Caicos said this should happen for all guests.

“We need the protection for our own people too; sometimes they come from the other islands and The Bahamas and we want them all to be safe.”

TCI Police informed on Monday night that the search for the third person would resume by morning with the help of the US Coast Guard.

UPDATE: It has been confirmed by the Royal Turks and Caicos Islands Police Force that a search resumed at 6:00 am this morning and that the body of an adult male has been recovered.