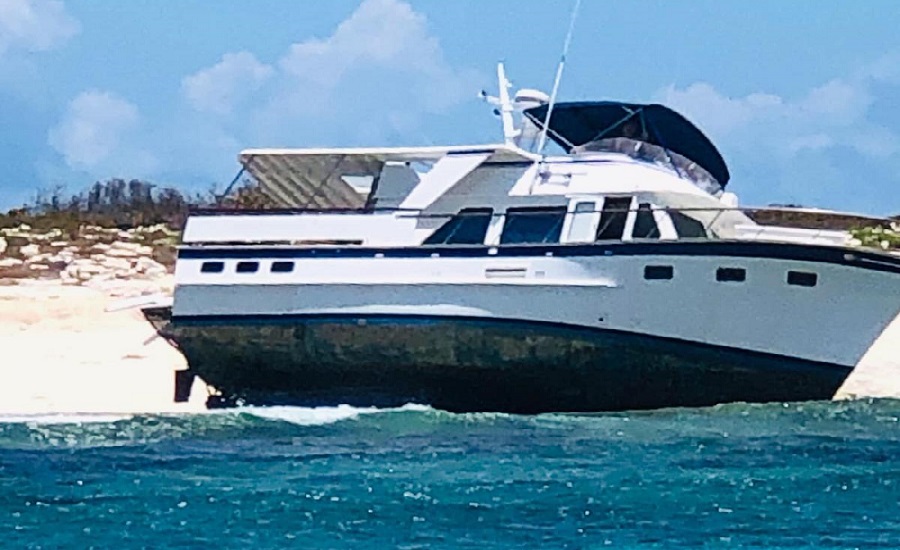 #Providenciales, August 15, 2019 – Turks and Caicos – There is very little official information to share on the discovery an elderly man who ran aground near Sand Cay and was rescued by Salt Cay boatmen.  It is a report that first got to Magnetic Media’s newsroom on Tuesday, but as of now there remains no Police or other report on who the man is and if the commentary of a stash of guns being discovered on board his boat is fact or fiction.

It is said the man, got caught in low tide.  That the Salt Cay men who rescued him brought the man, which his identification documents to police and that those TCI Police officers also determined to search the vessel.

There continues to be no confirmation on the so called, ‘high powered weapons and ammunition’ found on the boat.

The old man was said to be alone on the boat and had been stranded for almost two days.